In this section you'll find posts from the official developers forum. The base is updated every hour and stored on a server wot-news.com. If you encounter any bugs, have suggestions or comments, write to info@wot-news.com

Lord_Dizzy, on 25 January 2022 - 11:59 PM, said: Just great, more fantasy tanks. Next will be invisible russian tanks because they get demolished by those new monstrosities. Or maybe lasers...that would be cool

Dwigt: The tanks existed on paper as mentioned in the videos and article we released. They are not coming from our own imagination but we took a concept and adapt it to our game.We aim on introducing new mechanics to bring more diversity and gameplay while making sure that it does not break the balance and also stays within reason. If Soviet scientists managed to cloak their tanks at that time and we are able to add it to the game without breaking it then why not

Ze_Uber_Derper, on 26 January 2022 - 06:39 AM, said: Got the Pawlack; it's meh to crap; gets ammorached and turret jammed by every gun it can meet. Probably the tier 7 will be better; that one will probably lose half the crew from cupola shots, lmao.   Also, apparently 2460 damage and 4 kills is not enough for a Mastery....   That is probably because WG let their favourite pets run around in it and spam gold for some time, so they can raise the bar. Thanks for that, WG, never fail to dissapoint.     Edit: Apparently, 3752 damage, 1420 blocked,  4 kills, High Caliber, Steel Wall, and 1477 base XP is enough for a Mastery. LMAO, really???   Edit 2: So, the Pawlack is a one-trick-poney; hide the tall hull, on flat ground cause it has only -5 gun depression, expose only the turret, and only do it against tier 6 tanks; above 6 you get penned in the turret a lot; it's mobile, and and hull armor is unreliable even against tier 6. The top gun is nice, because you don't have to expose yourself too many times and has decent pen. That's it.

Dwigt: About the mastery requirement, the tanks were made available to everyone this morning. So stats and requirements are not set yet.

Dwigt: No we found real concepts and projects for the new line 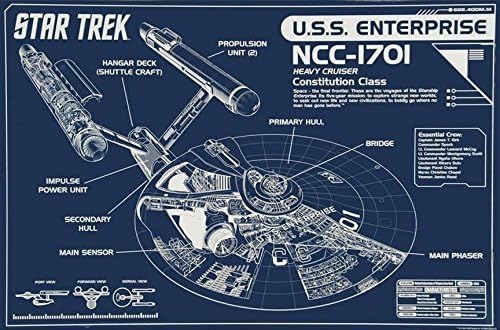 It is very real. Same real as these imaginary tanks in new US HT line.

Dwigt: It is very real. Same real as these imaginary tanks in new US HT line. not gonna lie, it made me giggle

But what our fellow forumites are saying is that even though the tanks were not manufactured, the idea existed on paper and is not coming from our own imagination. Just like any idea or tanks, the concept existed on paper (just like the bp of the USS Enterprise you just shared

) but did not go any further unlike other tanks that were produced.

Dwigt: Genuine question, why do you think the new line is bad?Checking the first impressions I can see other players saying they are pretty strong!  Also I would like to invite everyone to help us gather better feedback on the new Yoh line by filling this Community Survey.The form will be closed on Thursday, 27 January 2022 at 16:00 CET

Jumping_Turtle, on 24 January 2022 - 03:46 PM, said: Got a question. I have always skipped ranked since I dislike the chevron system a lot, but thought lets give it a try this time. Made it to devision 2 without much effort when I found out the Leopard1 worked a lot better for me than the Kranvagn. So the shop opened and I got myself en nice shiny Kpw 50t. But I am a little short on bonds to also buy the Concept.   When I grind those missing bonds in the next months will the shop still be open since I reached Division 2 this season or do I have to grind through ranked again the next round and get to Division 2 again to be able to puchase the Concept ?

Dwigt: Congrats on your Kpfz 50t!No the Concept 1B should still be available in the Ranked Bond Shop even between seasons. You only need to reach Division 2 to unlock new rewards added to the mode. Concept should also be a nice addition, good luck!

Rakii, on 25 January 2022 - 01:09 PM, said: And what´s the point? 99% of the  players are playing the mode just bcos of the rewards anyway. Imagine loosing progress in marathon or while exping tanks ...  Games should be fun not work.

Dwigt: I guess what none666 meant was that even if players are participating for the rewards, they should be earning them not getting freebies. We have different kinds of events and how to distribute rewards and they usually target different kinds of players but never exclude a part of the playerbase.

Guess that deserves something special! Check your PMs

And thanks Miepie for saving me from putting in the effort to find them myself.

Dwigt: Looks like your feedback from ST made it to the live server

baratoz1701, on 25 January 2022 - 02:44 PM, said: looks that way. I don't ever remember a tech tree/branch releasing without a common test. I guess they  spent so much time developing premiums that they are just going to throw this line out there and hope for the best....... without anything else?

Dwigt: Common Test for that branch was not necessary for that branch. Skipping CT allowed us to implement the line much sooner. It has nothing to do with developing other features or premium tanks and does not mean we are removing CT for upcoming lines or features.We will still be looking closely into the data gathered and the feedback gathered from the community.

Dwigt: Looks like the reserve track mechanic is exclusive to the new line but seeing that it still a popular request we will be adding it to our feedback but it does not mean that it will be added. Thank you for your suggestion.

Strapps, on 25 January 2022 - 03:20 PM, said: The higher tiers look as though they've driven straight off the set of Forbidden Planet so I'm definitely grinding this line, at least as far as tier 7 when I lose interest because it's taking longer than expected and I've seen something shiny in another tree.

Yeah, this would have been very handy. Can't even check tanks.gg as there's no test server to scrape information from.

Dwigt: You can check the Supertest announcement on the forums. The tanks did not change from the ST iteration.