Дата: 13.01.2021 19:30:10
stabbymckill: Good morning Tankers,  After much debate and discussion between The Chieftain, Cabmech and myself we have decided on winners for both categories of the contest! It was not an easy decision and we ended up discussing it over the course of the last three days. However, we have indeed come to a final decision and I am pleased to announce the following:
Traditional category Top Three

The almost photo realistic build of AMX-13 "Duroc" of the 11 regiment de chasseurs in it's non standard paint as it appears in a period reference photo was simply incredible. As Chief put it "it looks like a real vehicle". Amazing work, well earned first place! 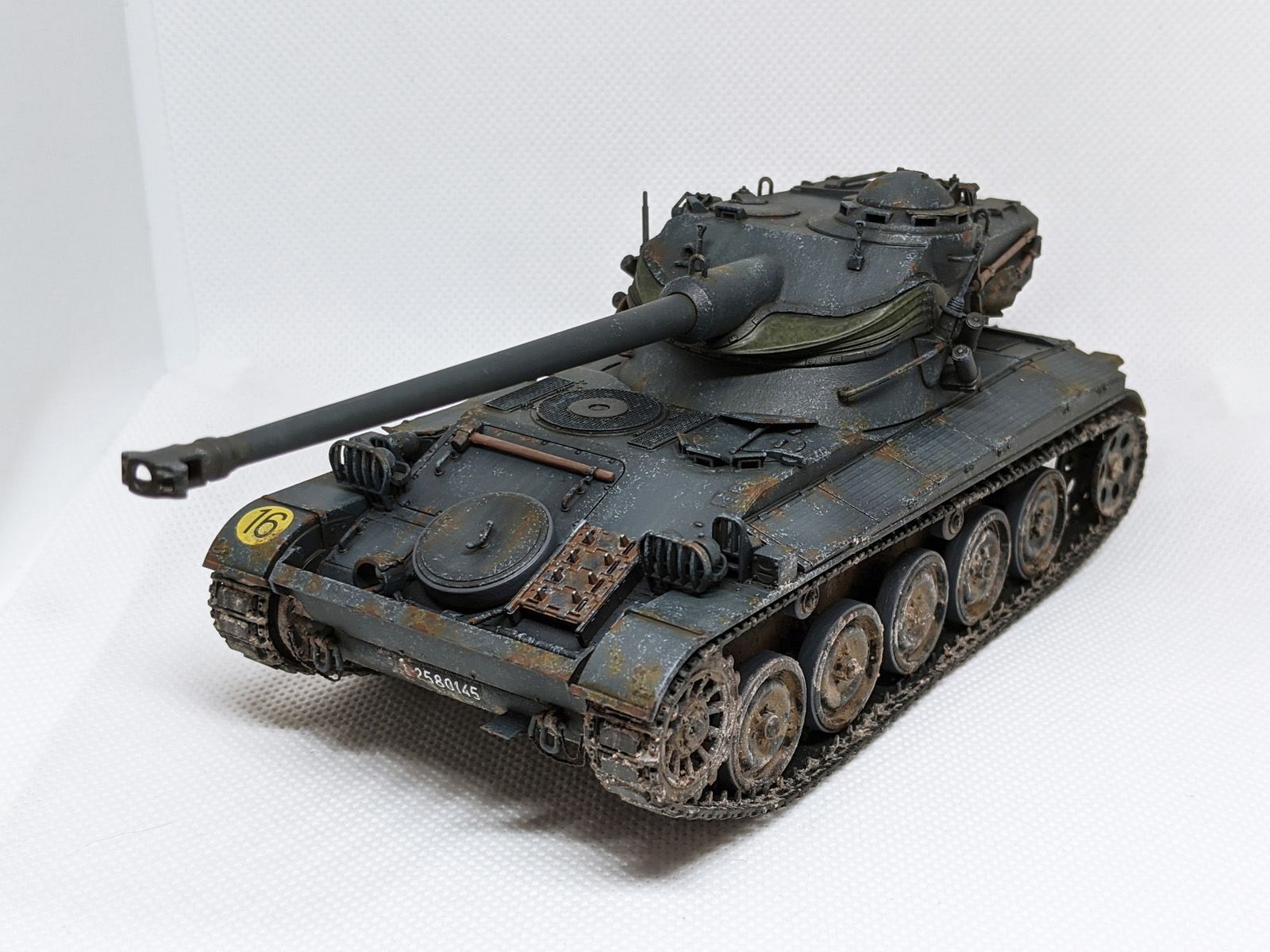 Additional images and description LordSeaCow's description I chose the Tamiya 1/35 AMX 13 because I love the French lights and it seemed like a very unique kit. I based my model on a historical photo of an AMX 13 that was part of the 11 regiment de chasseurs stationed in Berlin during the early part of the cold war (http://www.chars-fra...singen 1970.jpg). This regiment was painted in a black color instead of the normal French army green of the time. I built the kit with some additional photo-etch parts and airbrushed base colors with acrylic paints. Weathering was done with a mix of oil, enamel, and acrylic paints. 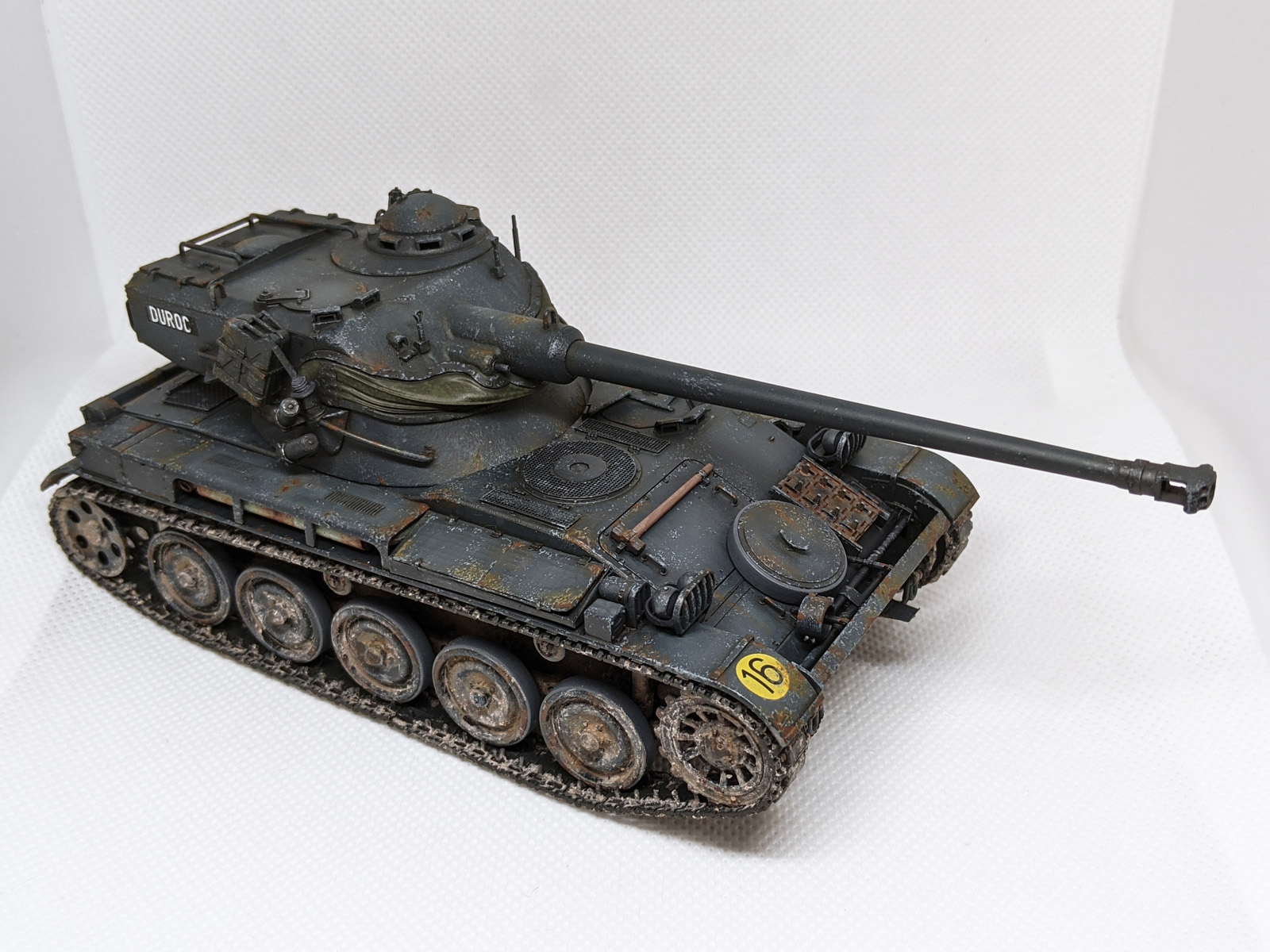 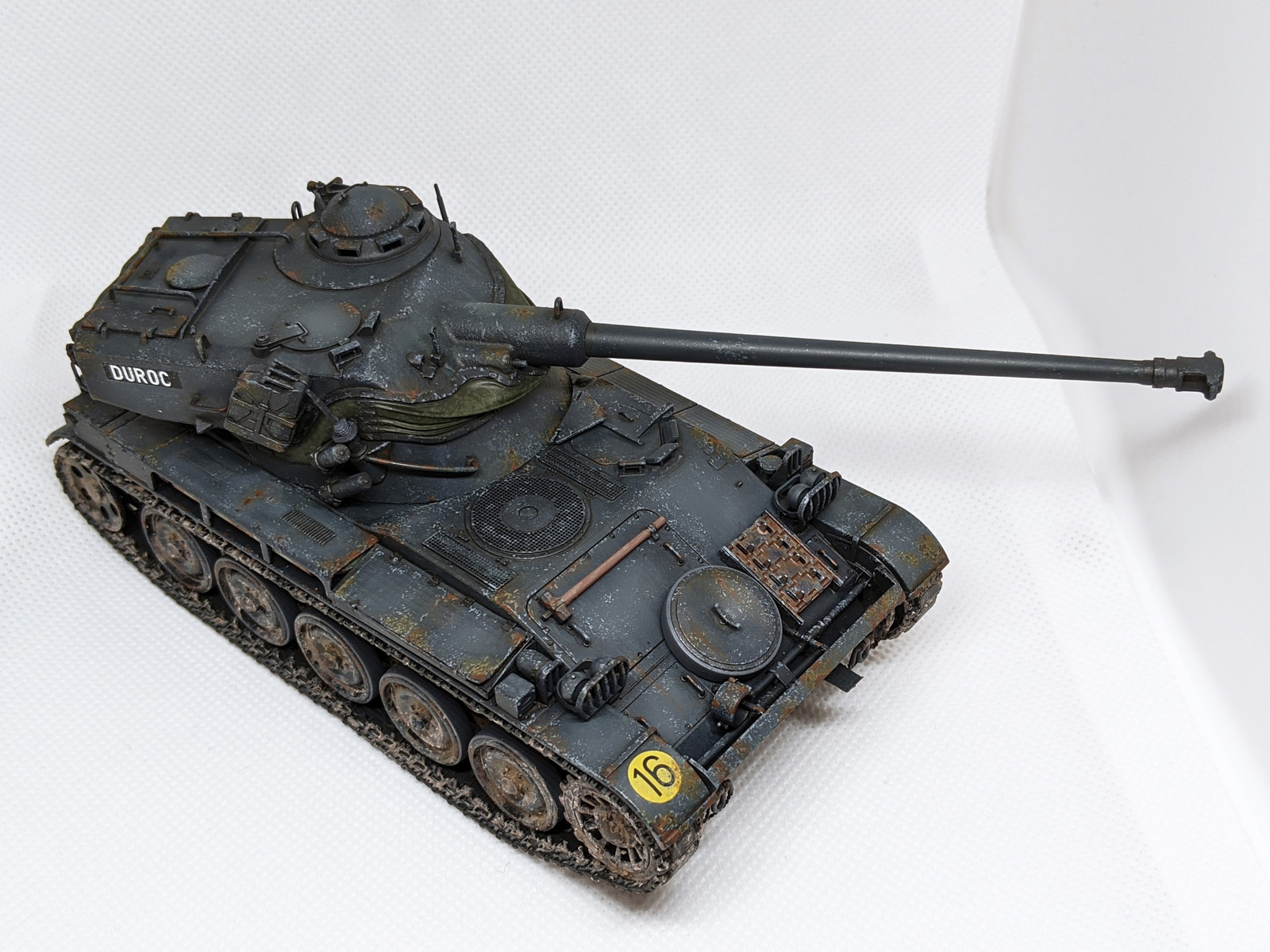 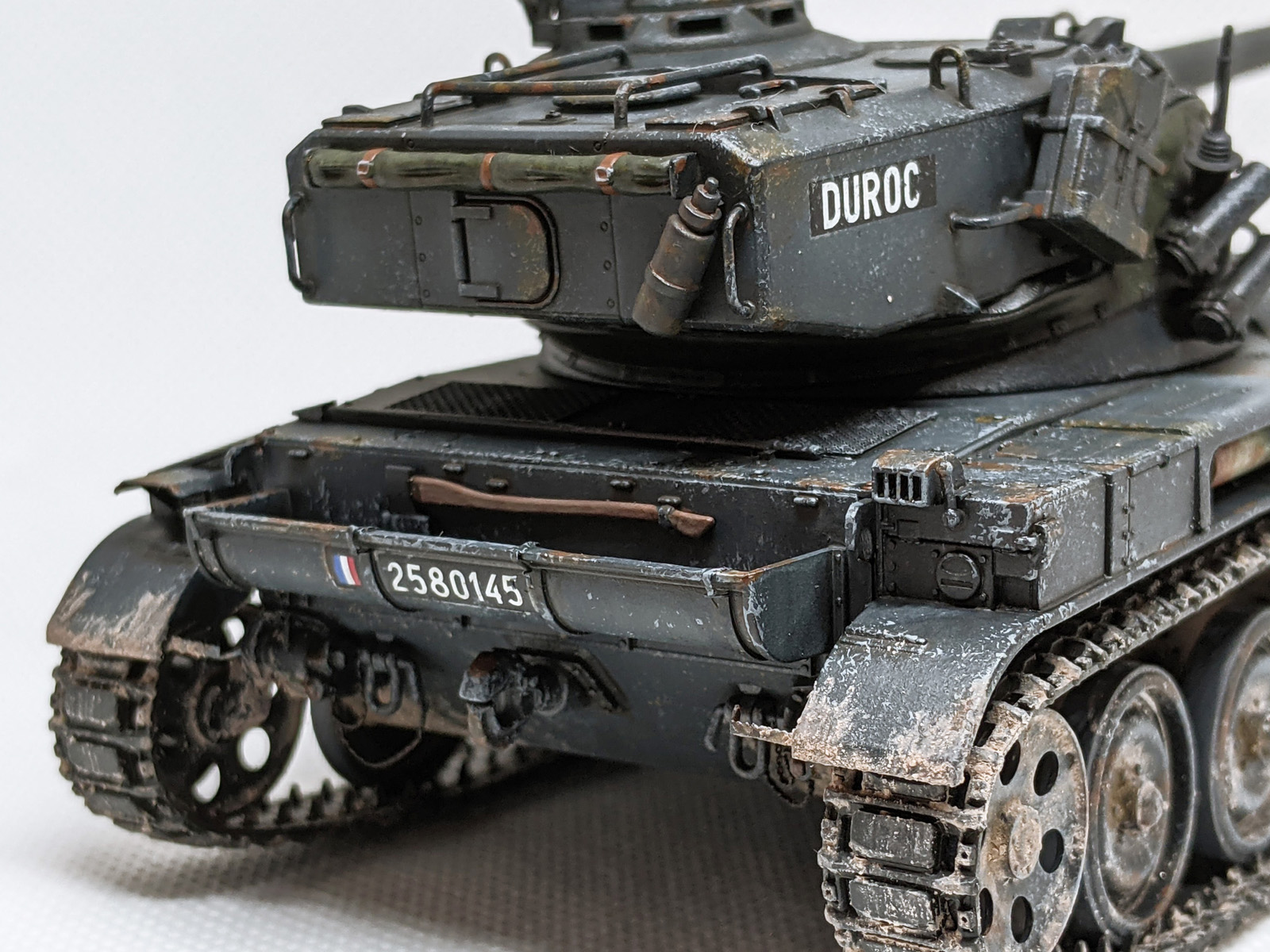 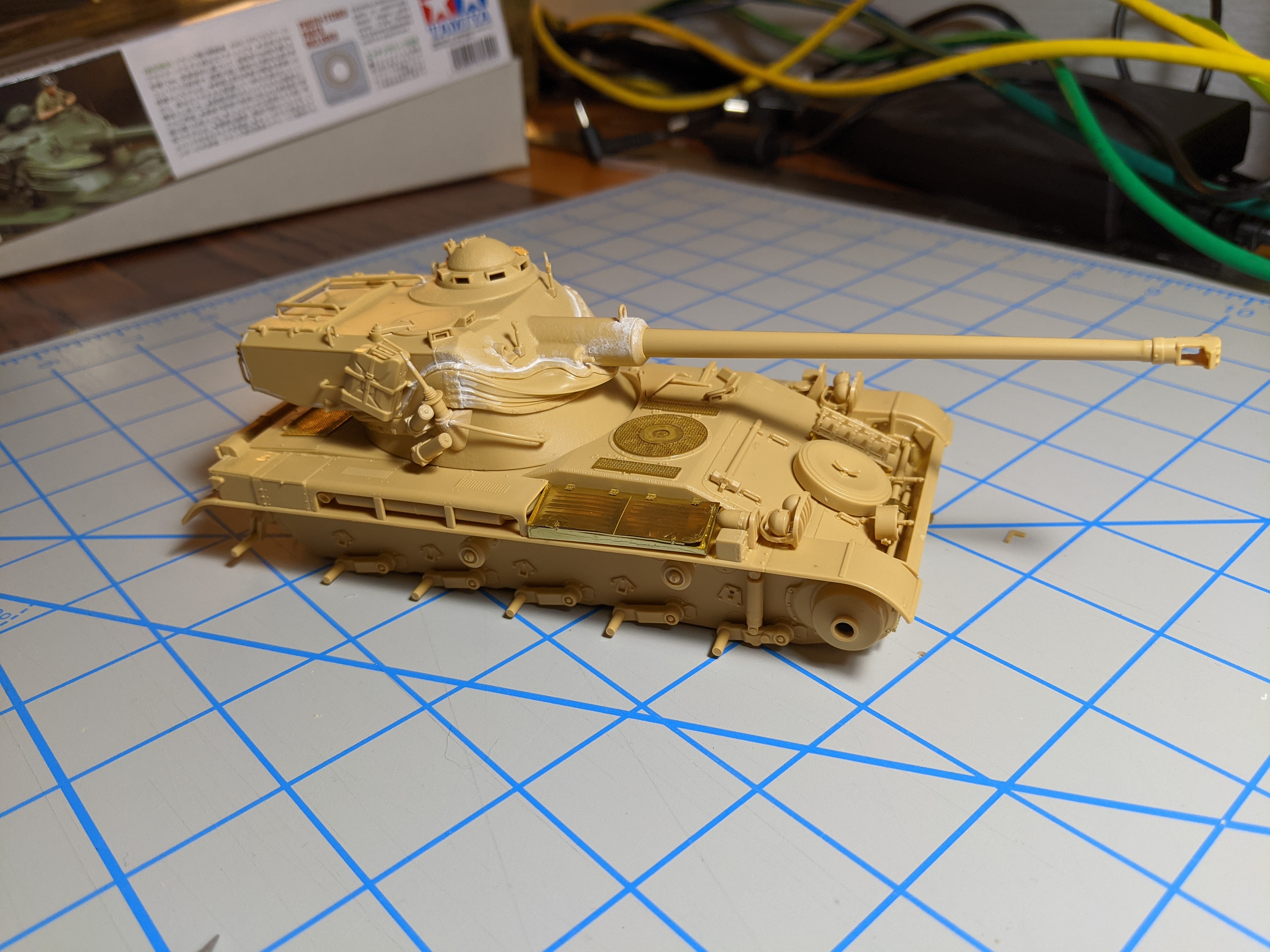 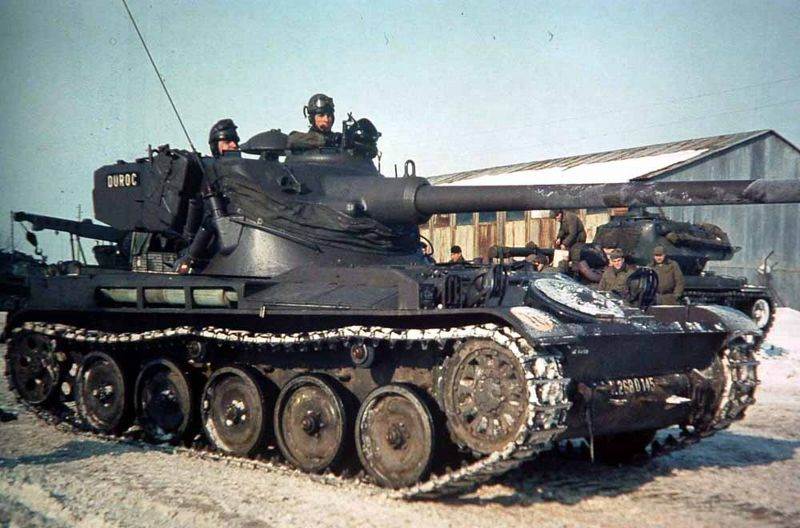 Second Place: Tiger 1 Ausf E by Boblord69
Above and beyond work on the overall diorama and excellent figure painting skills. 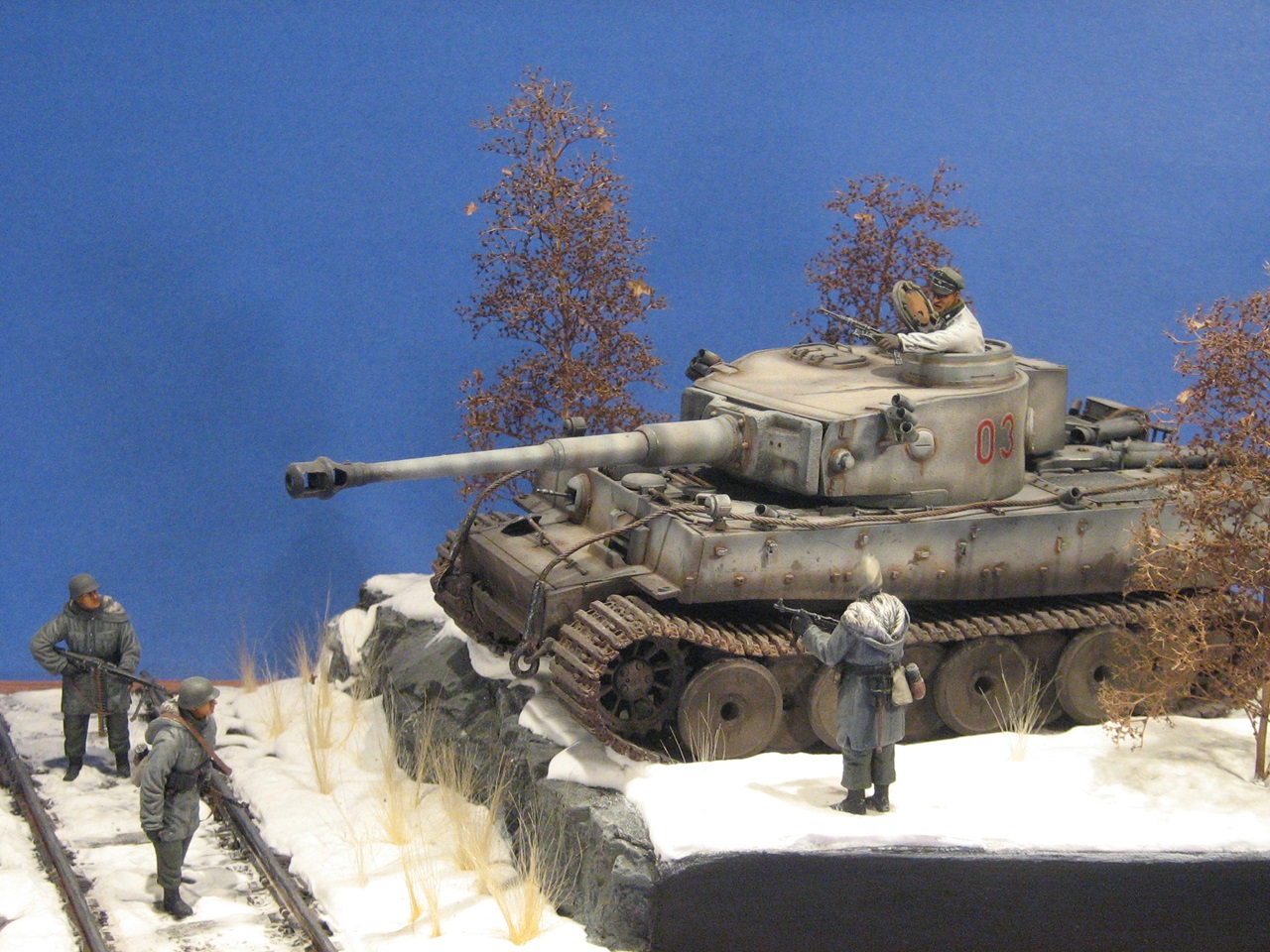 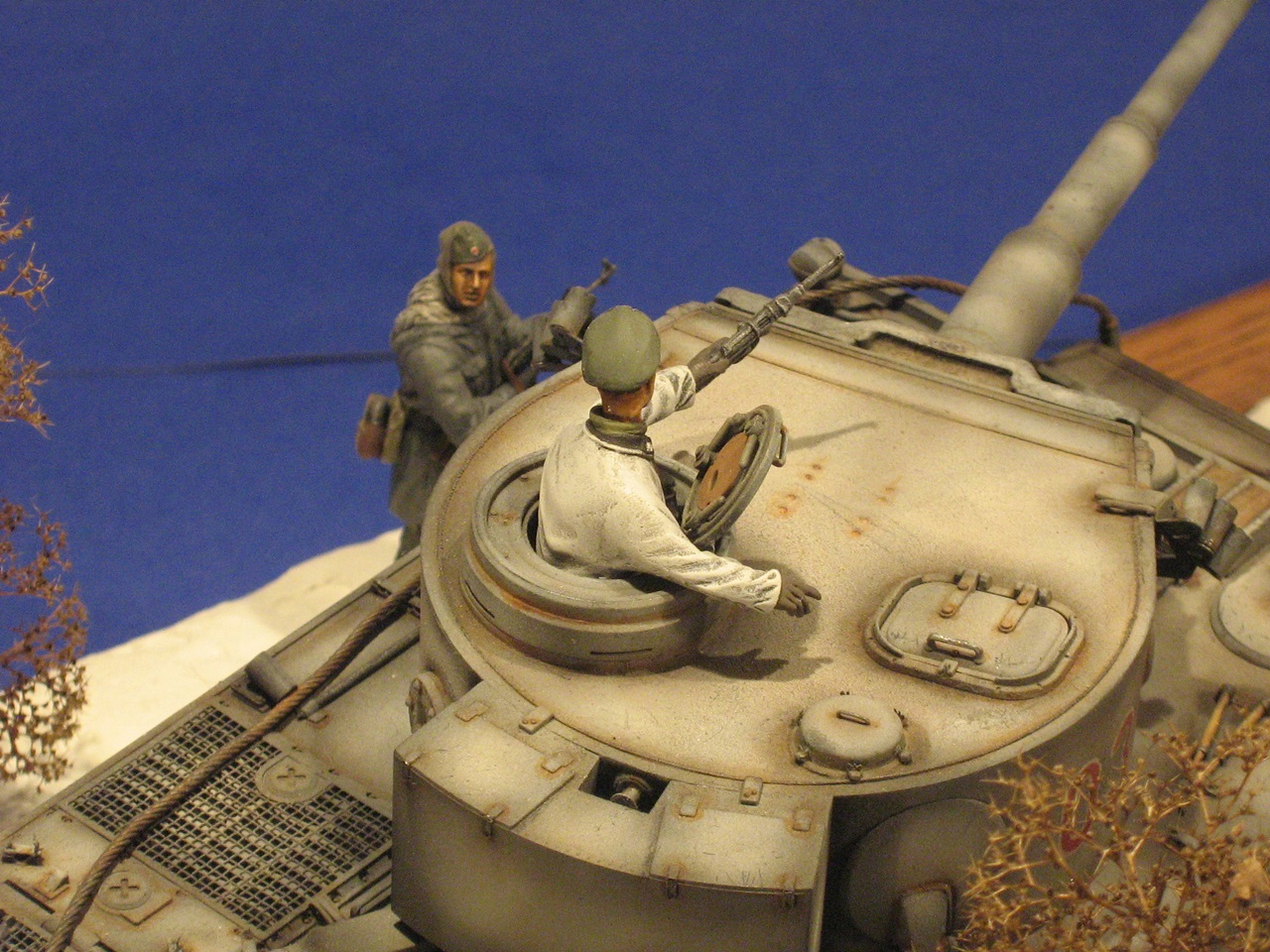 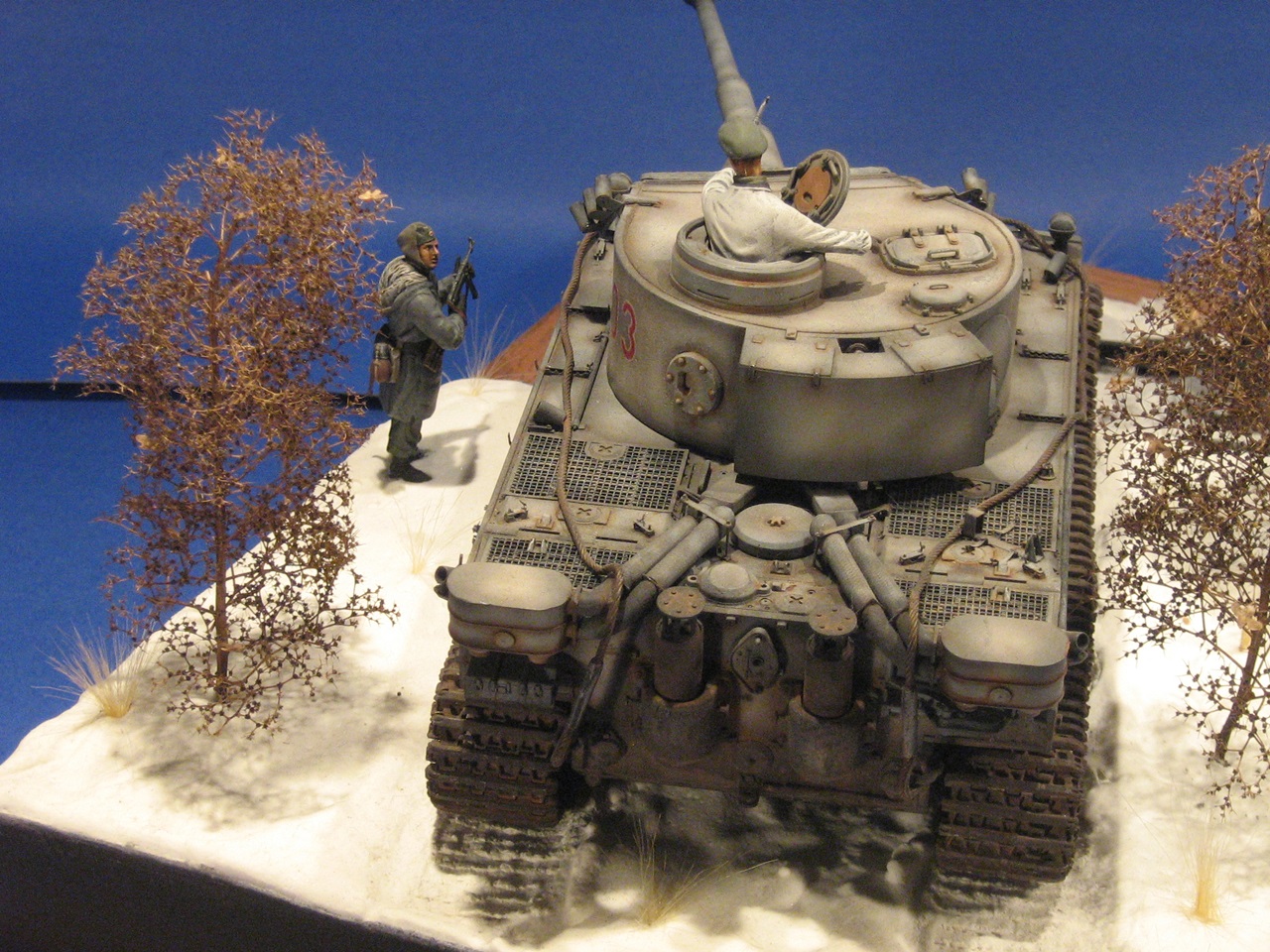 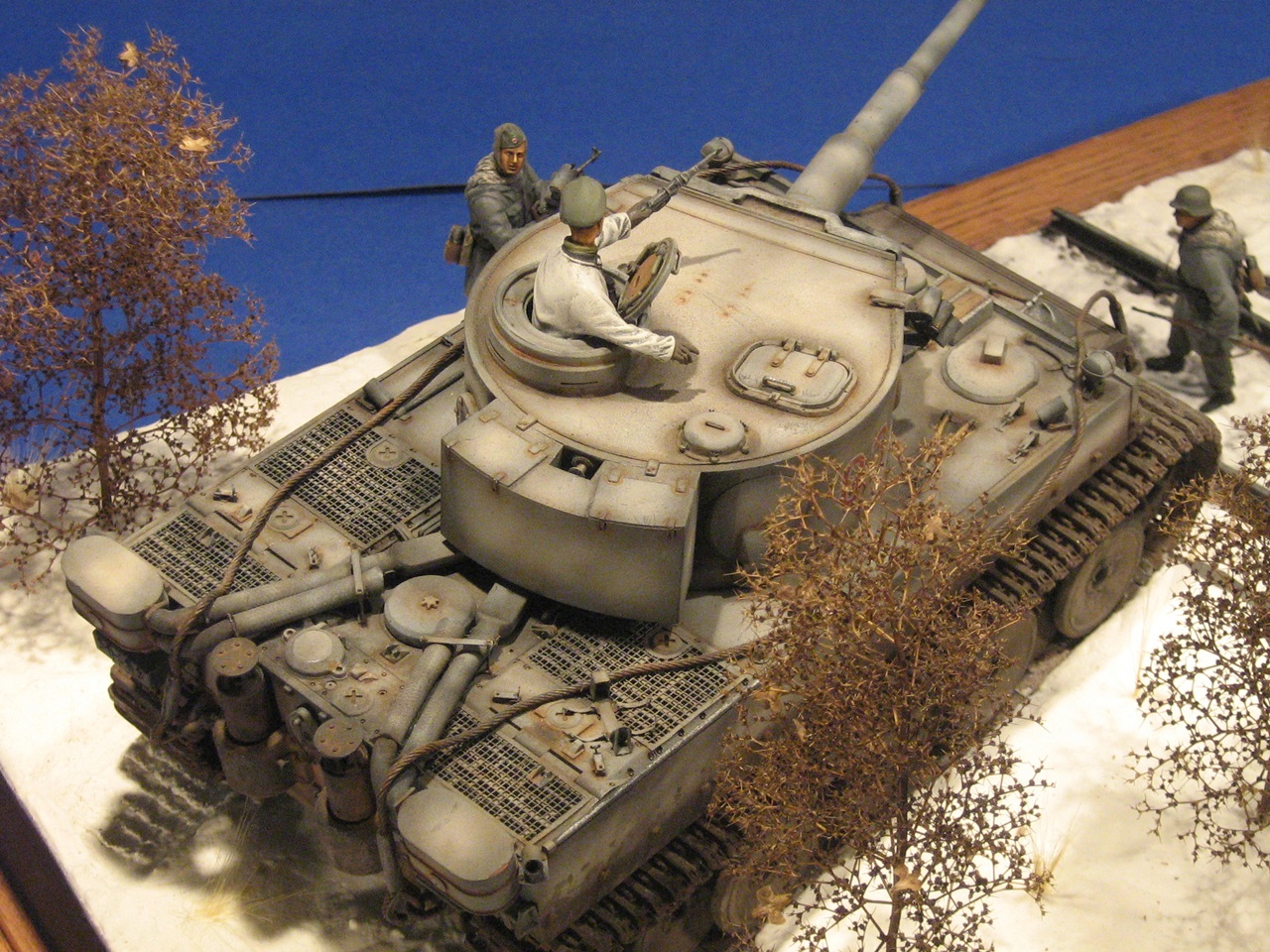 We have a tie for third place, between two unique builds of which both are lesser covered subjects in AFV scale modeling

Somua S-35 "Henrique" by Stat_McPadding
Lovely work and weathering on this S-35 and as Chief put it, it is indeed shiny like most of the real ones tended to be. Well done! 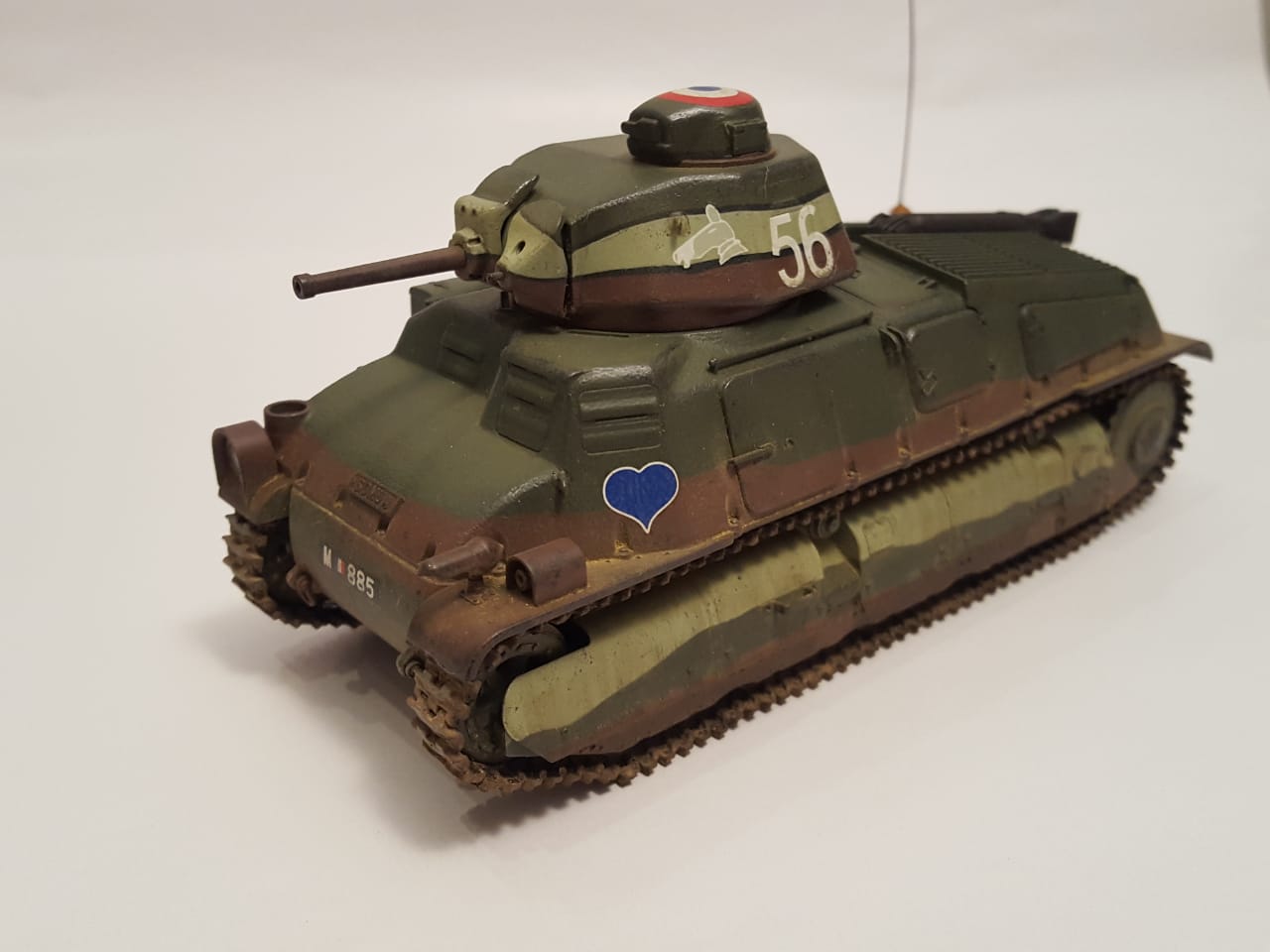 Additional images and description  Stat_McPadding's description
I built this model straight from the box, without any aftermarket parts. Tamiya paints were used for the colours. Weathering was made with a pencil for the steelshowing beneath the worn paint in the corners. Dusty effects were done with MIG pigments, using the dry brush technique. 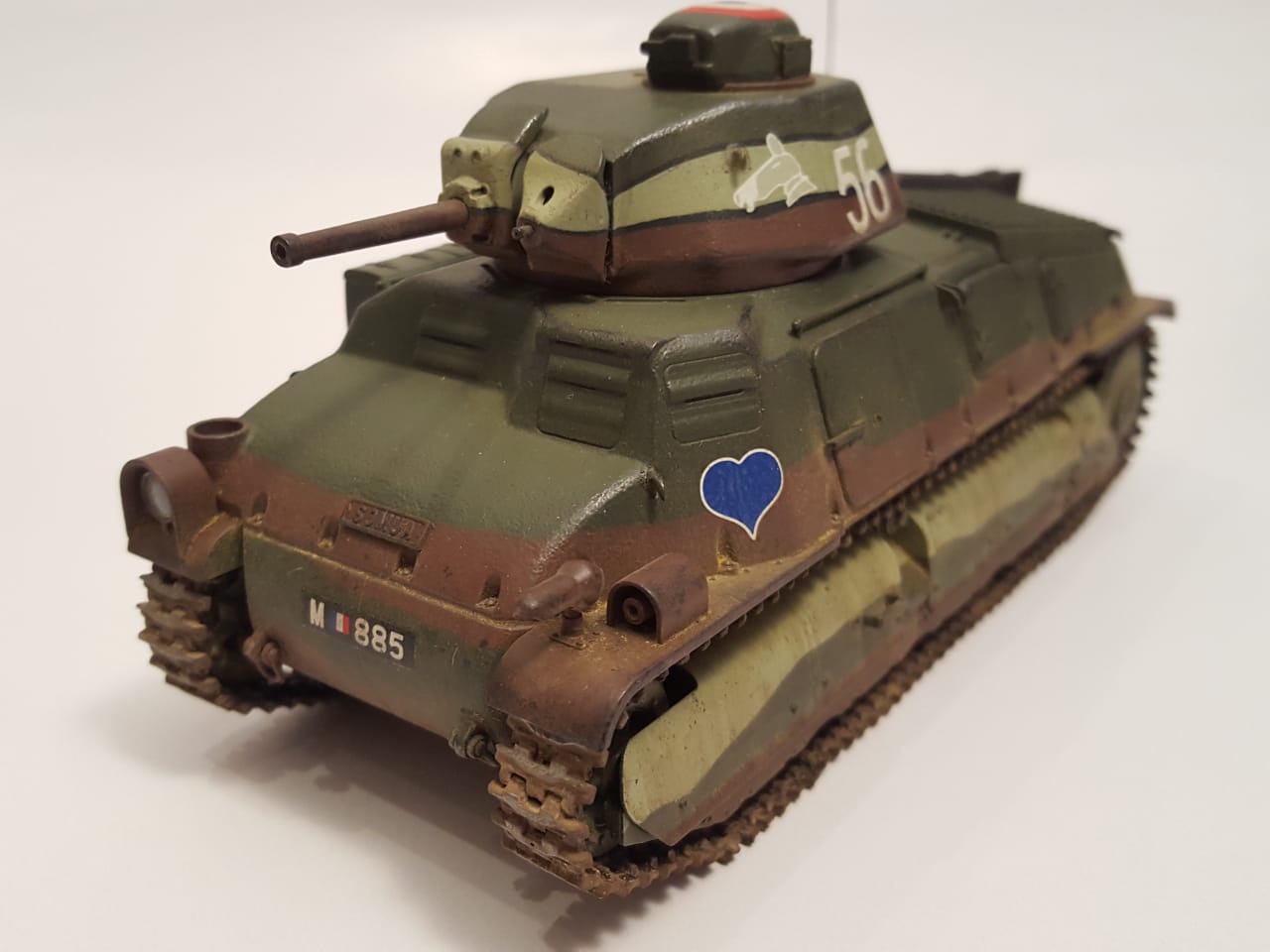 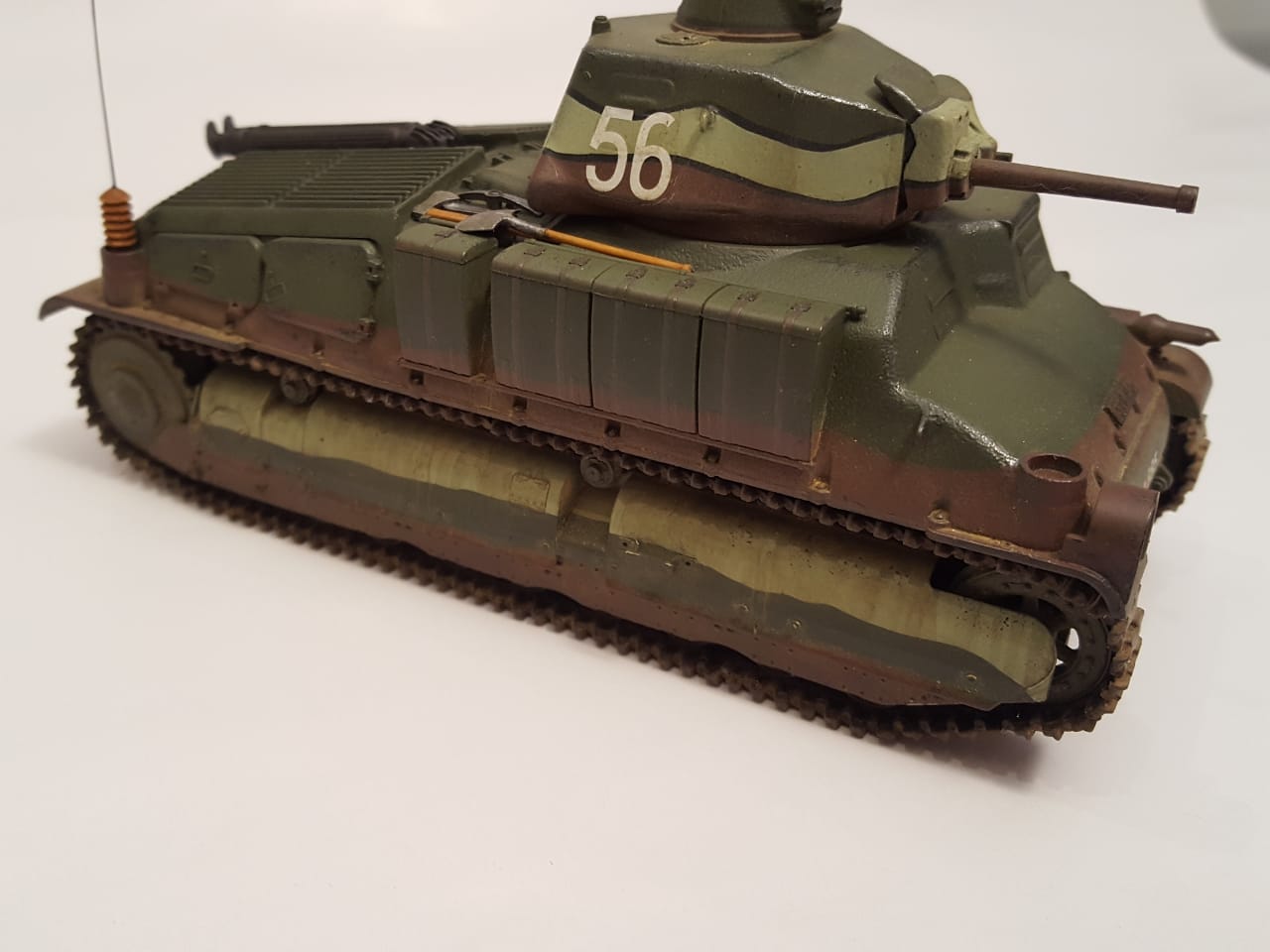 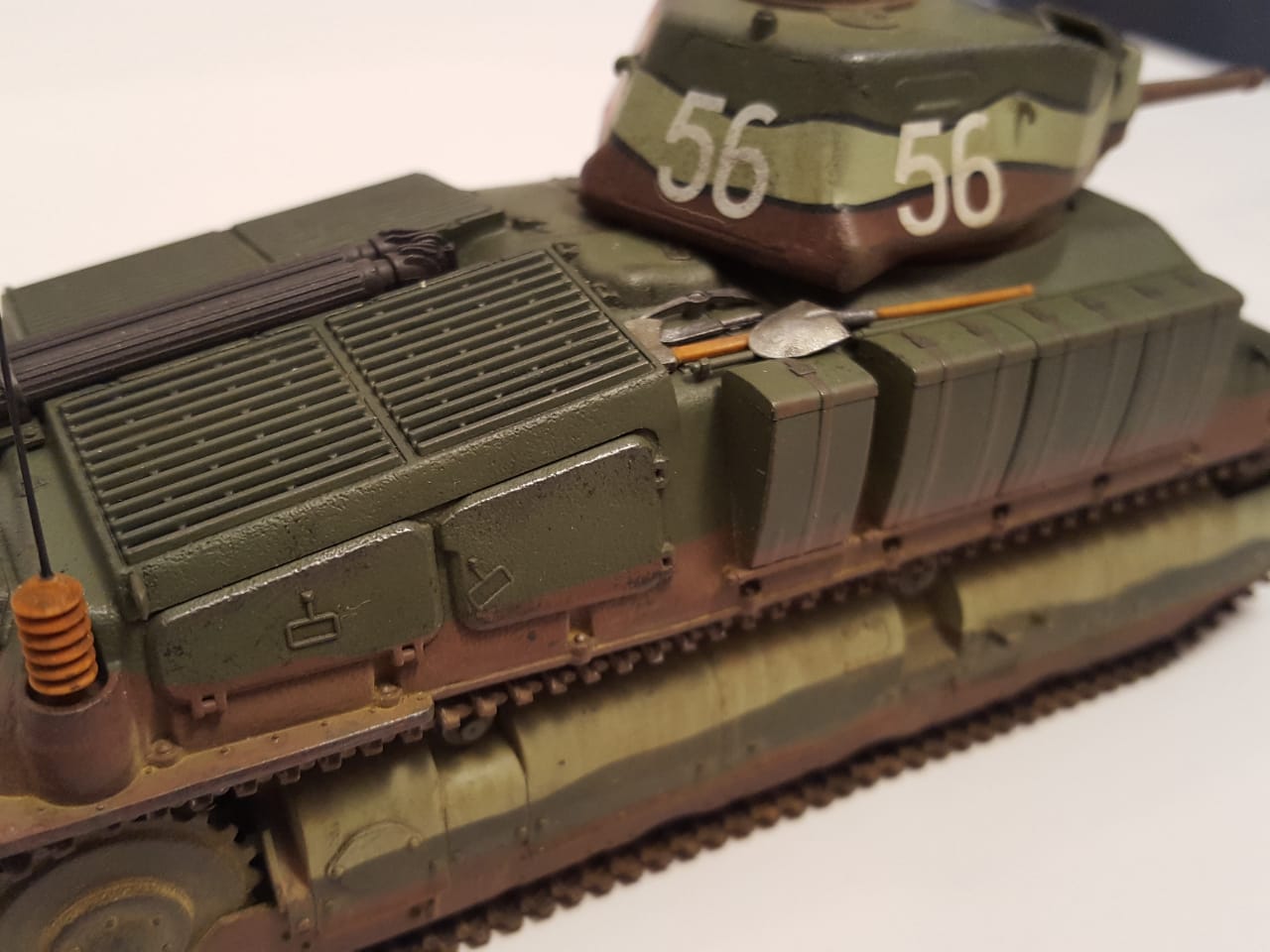 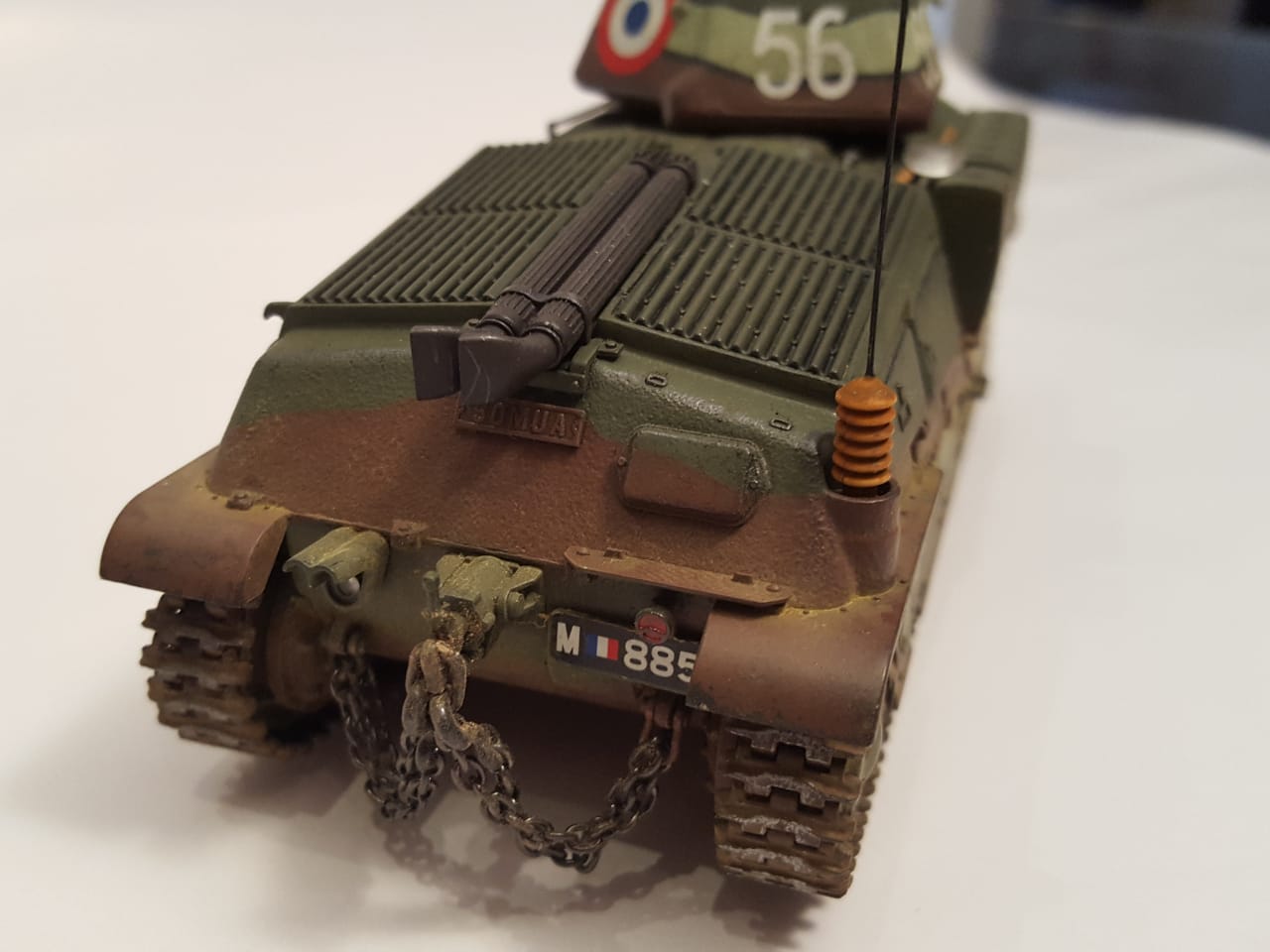 JGSDF Type 61 by PWT32
Not something you see too often in modelling. Well done, especially at the smaller 1/72 scale. We appreciated the full matching diorama as well. 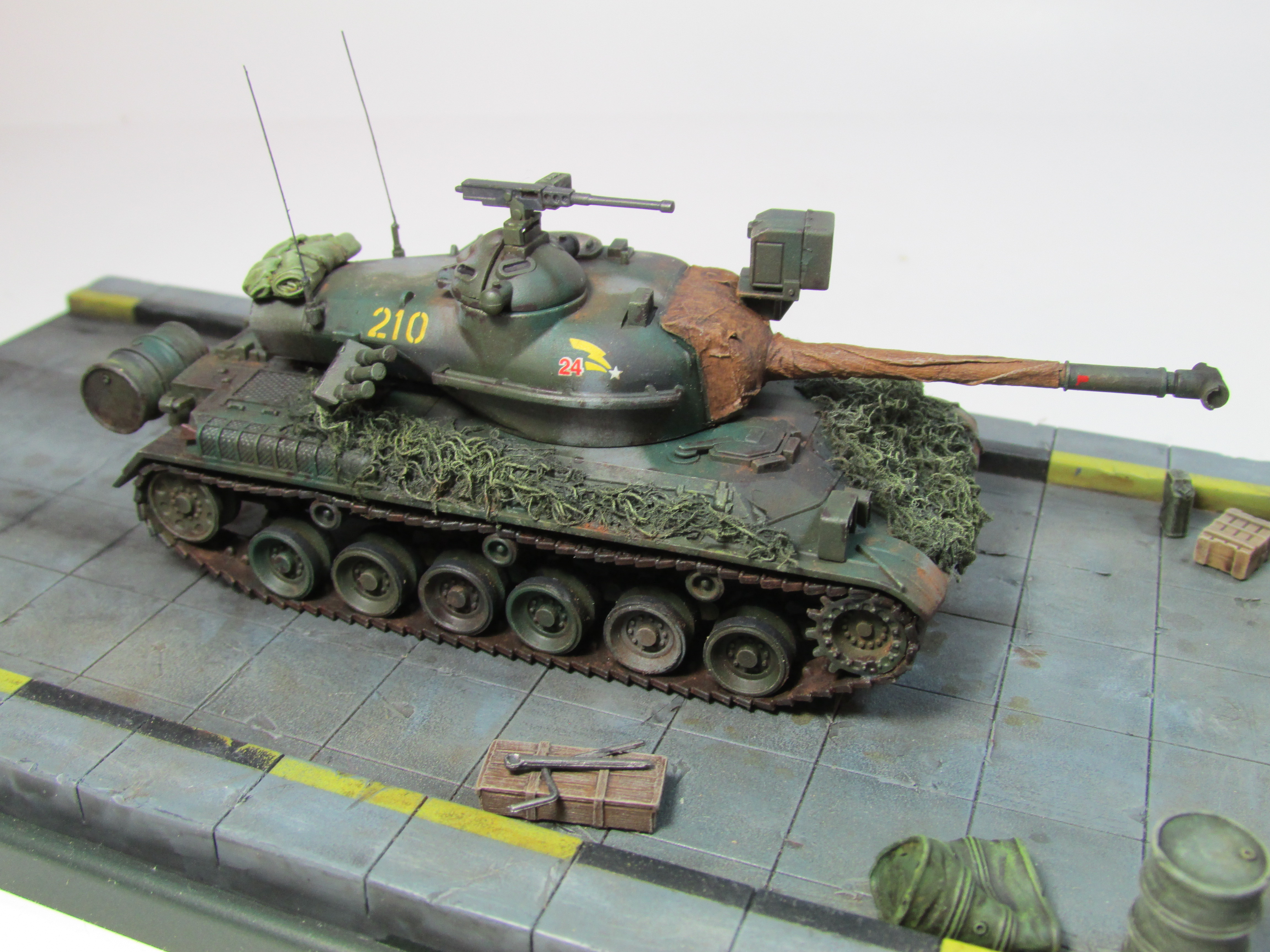 Additional images and description  PWT32's description:
Japanese Type 61 (Fujimi 1/76) Tier 8 tanks in WOT have frontline and Tier 10 vehicles get special skins, but what about Tier 9? They are the most economical to run but don't get anything special in the game. For my Tier 9 Japanese Type 61 I created a new "skin" to turn my tank into a Mountain Sniper. A special 4 color camo provides all season cover, thick camo nets are provided to increase the camo rating, an infrared spotlight for night fighting and additional fuel is provided via a 55 gal drum attached to the rear of the tank. I used a 1/76 Fujimi kit as my base and added some tissue paper tarps to cover my gun, camo nets made from Gauze bandages, a resin 55 Gal drum mounted on the hull and Value Gear tarps were added to the turret rear. The smoke dispensers and spotlight came from the kit as optional parts. Antennas are thin electrical wire cut from an old cord. Kit was painted with Tamiya paints and weathered with AK, Mig and Citadel washes and pigments. Of course I parked her in an old school WOT garage slot with extra equipment stacked around the tank. I only have 1 barrel mark on my Type 61 so that's what she got - hand painted on the fume extractor. I provided a size comparison photo (4) and an in progress photo (5) to show the add-ons to the kit before painting. 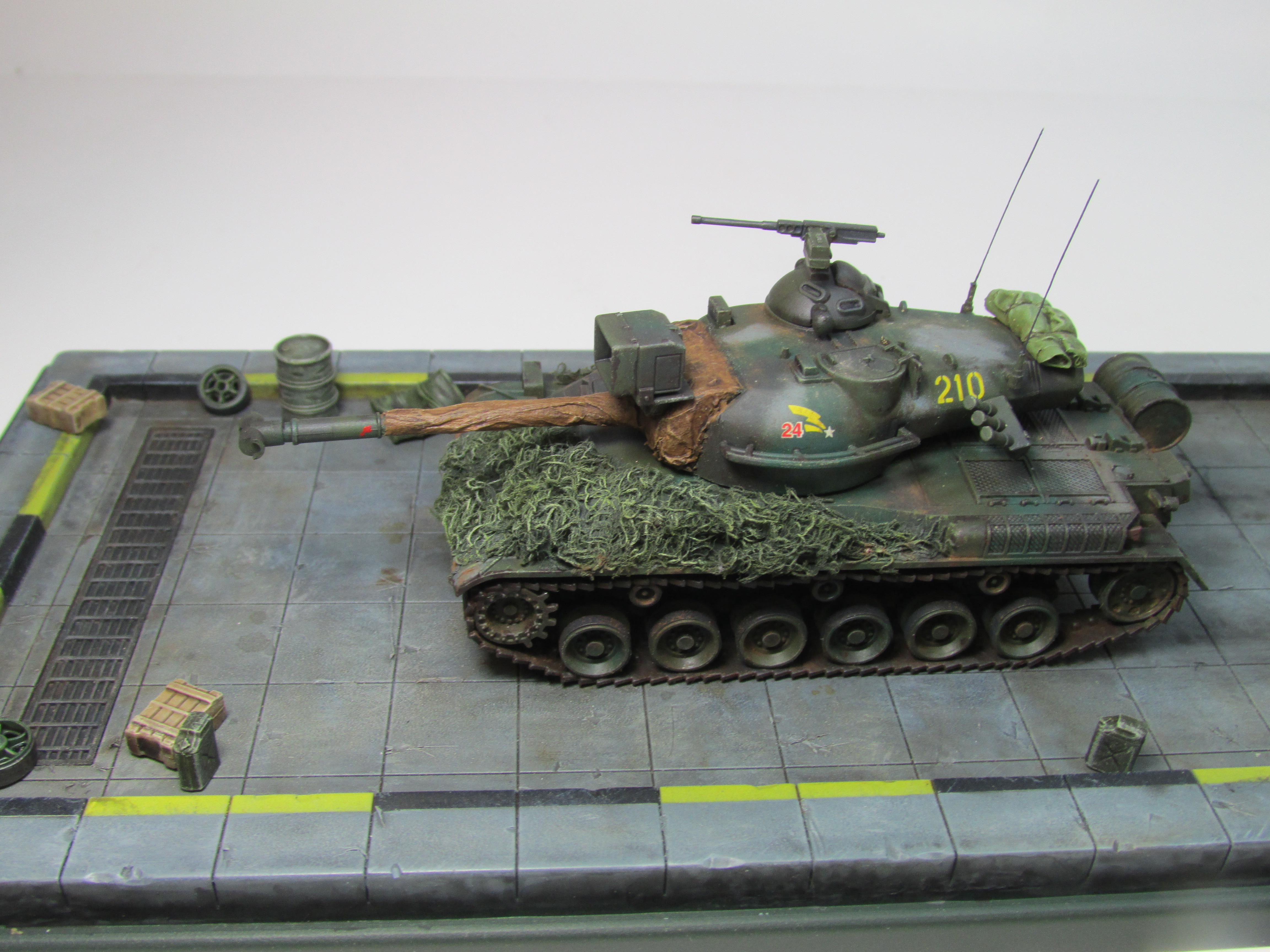 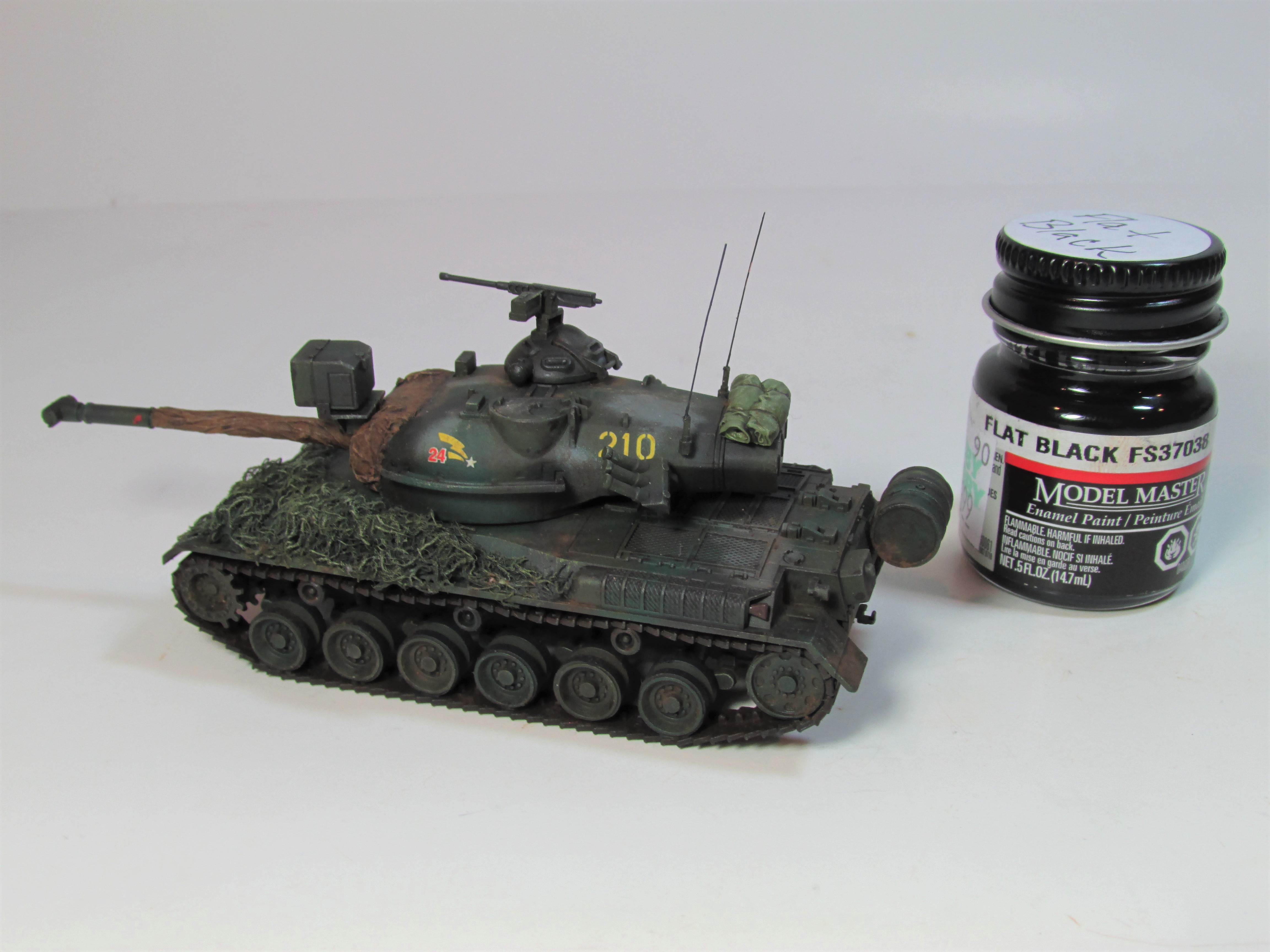 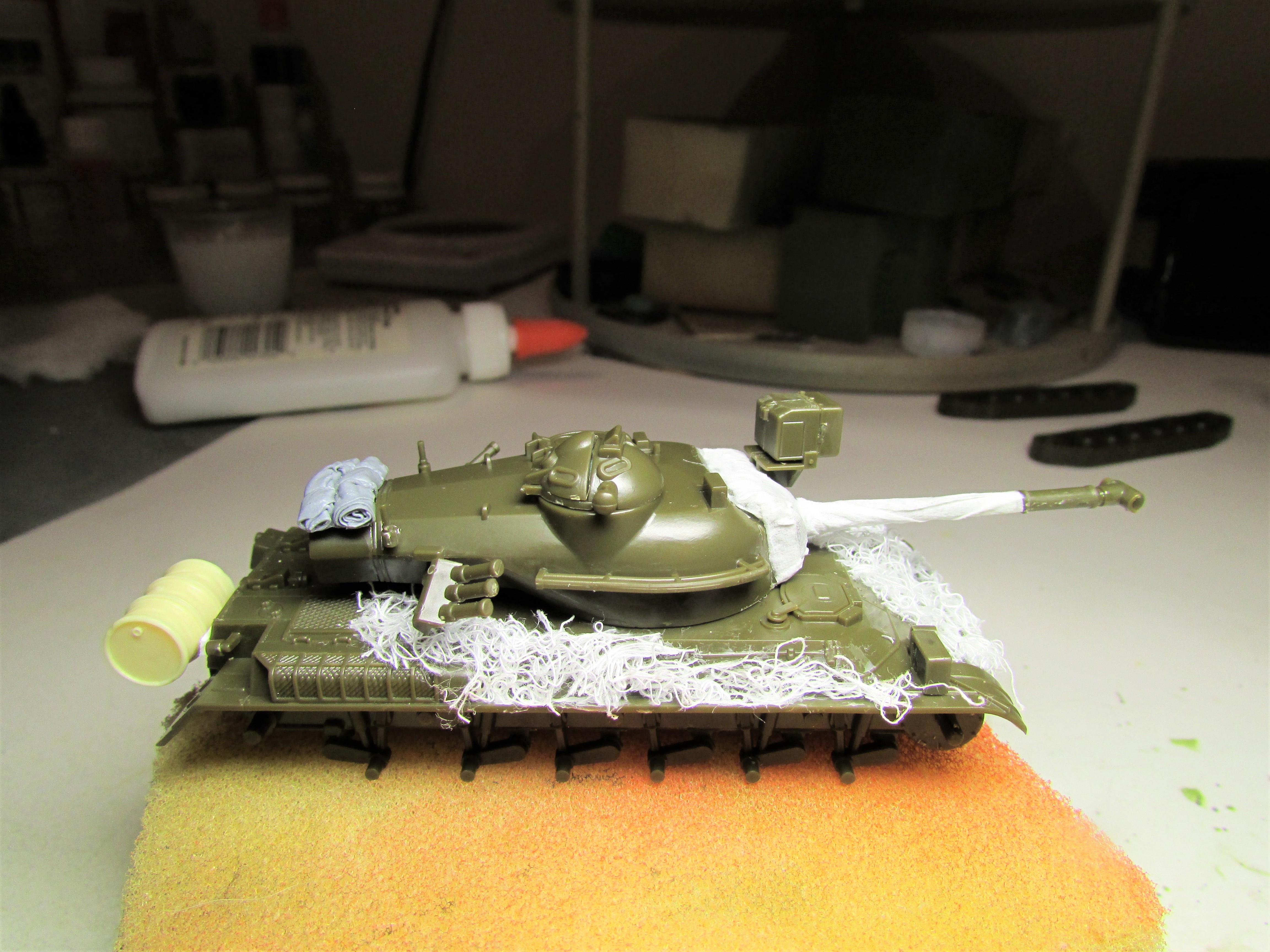 Simply for overall herculean effort, we had to recognize Zalsbak and his fully 3D printed and remote controlled T26E3 with Chuck Norris as commander. Amazing work! 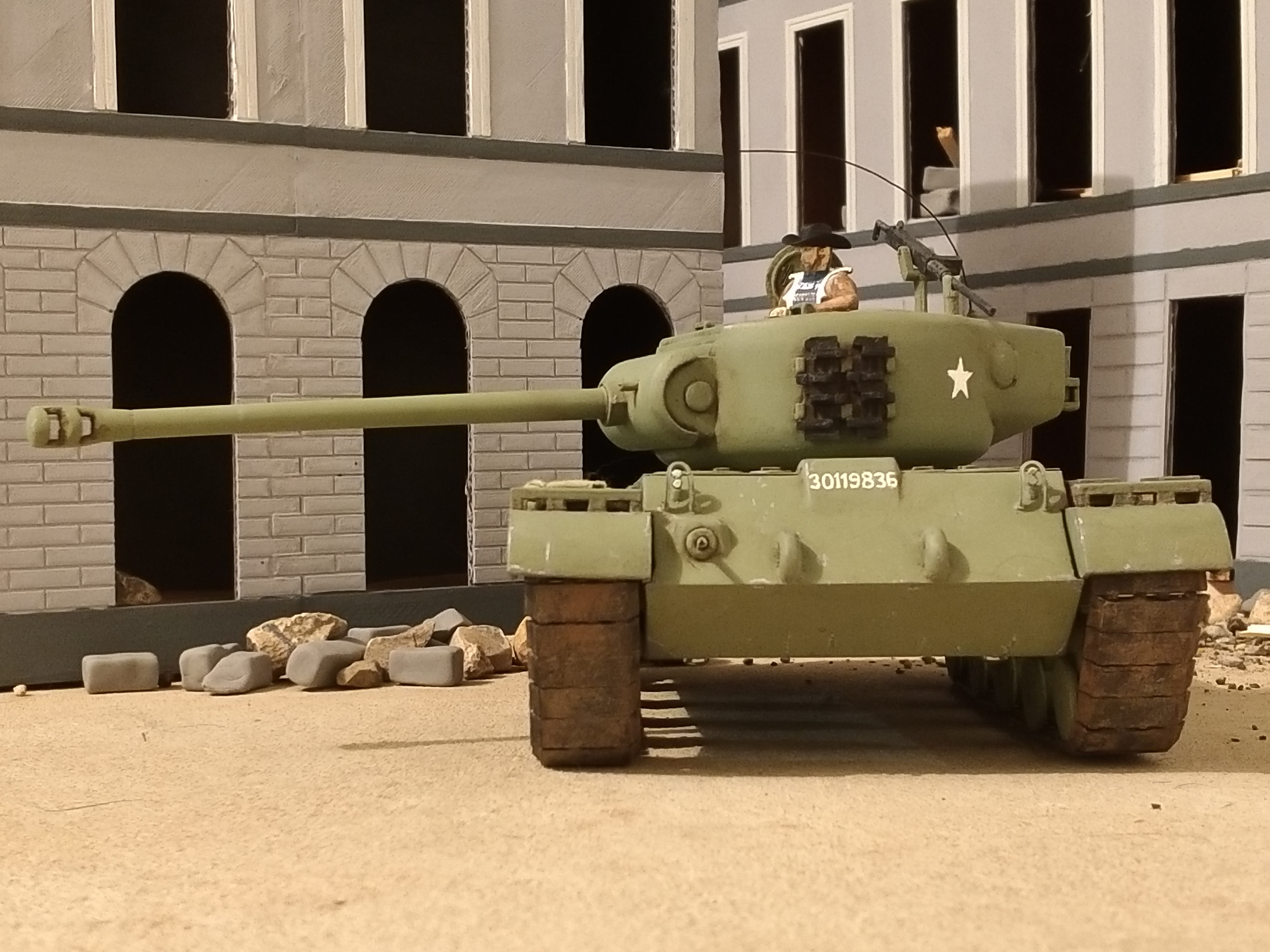 Additional images and description  Zalsbak's description
Completely designed and 3D printed from scratch, this 1/25 scale Eagle 7 roams the streets of Cologne under the command of none other than Chuck Norris himself! Top secret technology (an Arduino, old cell phone batteries, and small electric motors) is built in and will soon allow bluetooth control of the tracks and turret. After thorough filling and sanding to remove 3D print lines, all parts were primed, spray painted olive green, and hand brushed with acrylic to apply dirt, wear, and weathering details. The backdrop buildings were inspired by 1945 Cologne architecture and are constructed in a similar method. Slight changes were made to the tank design to better facilitate 3D printing of some elements. The turret, commanders hatch, cargo box lids, and all guns are moveable. The tool box, repair kits, water cans, and engine covers can be removed. Track sections are separate 3D printed parts connected with 1mm metal pins. 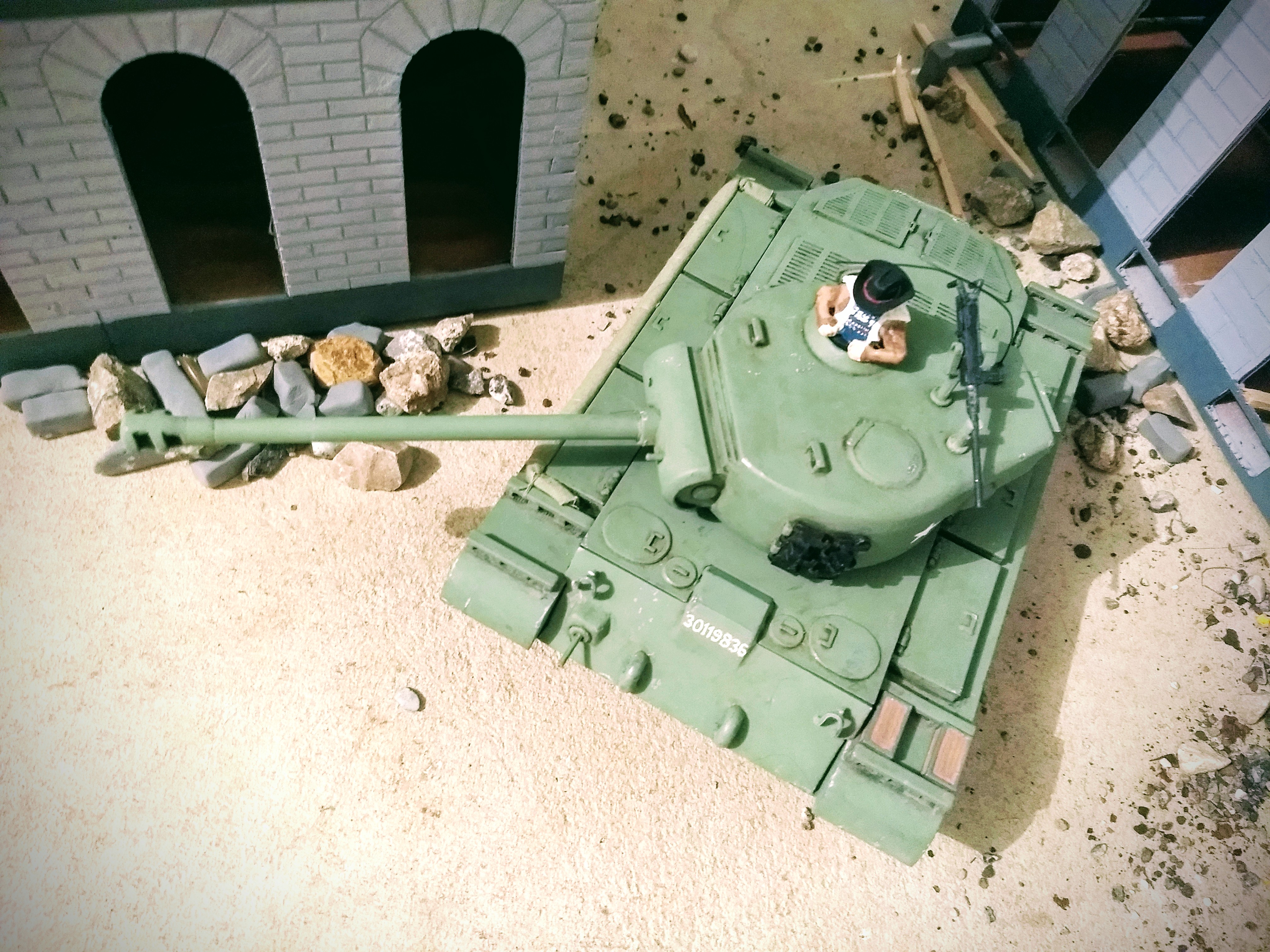 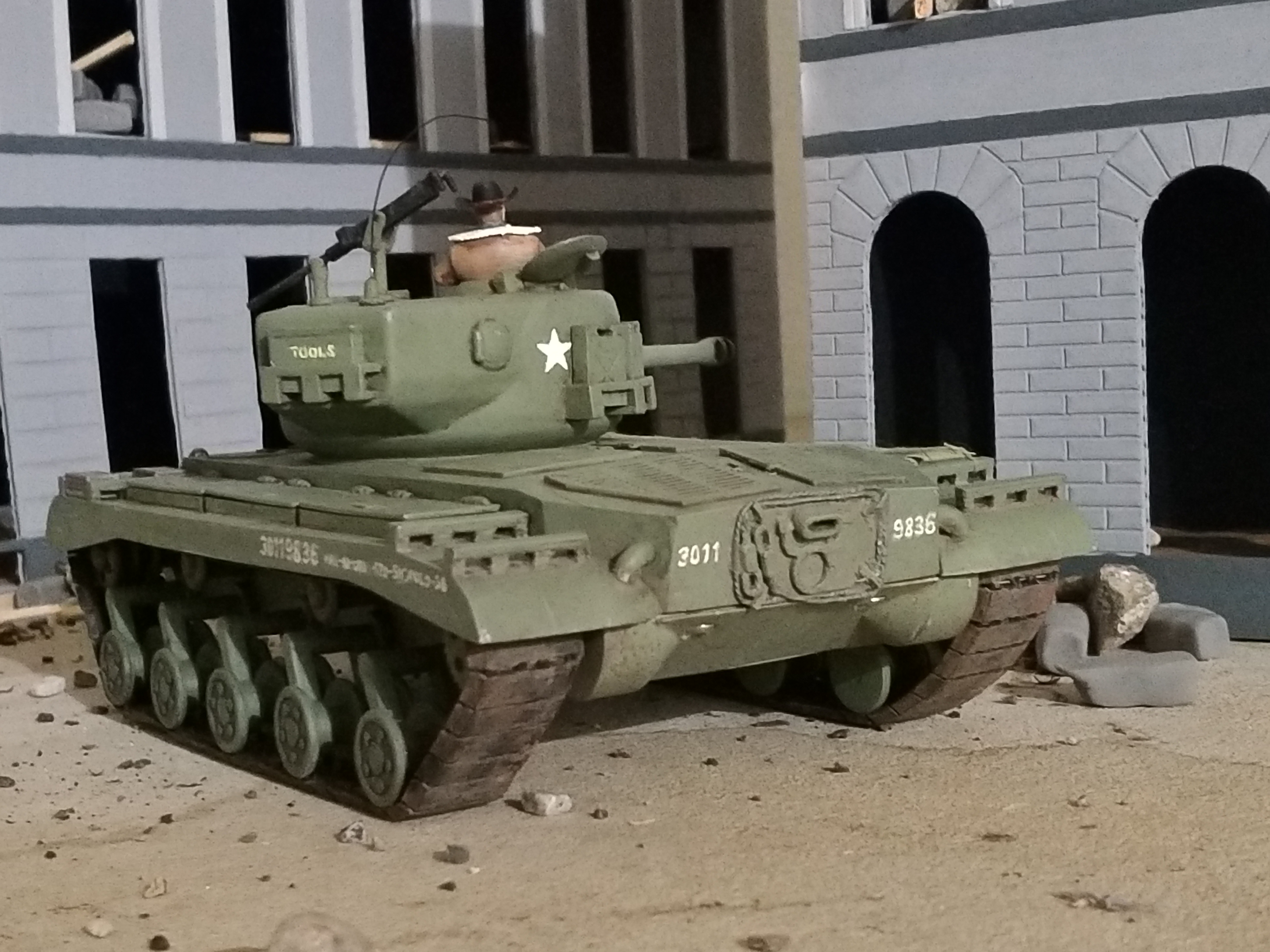 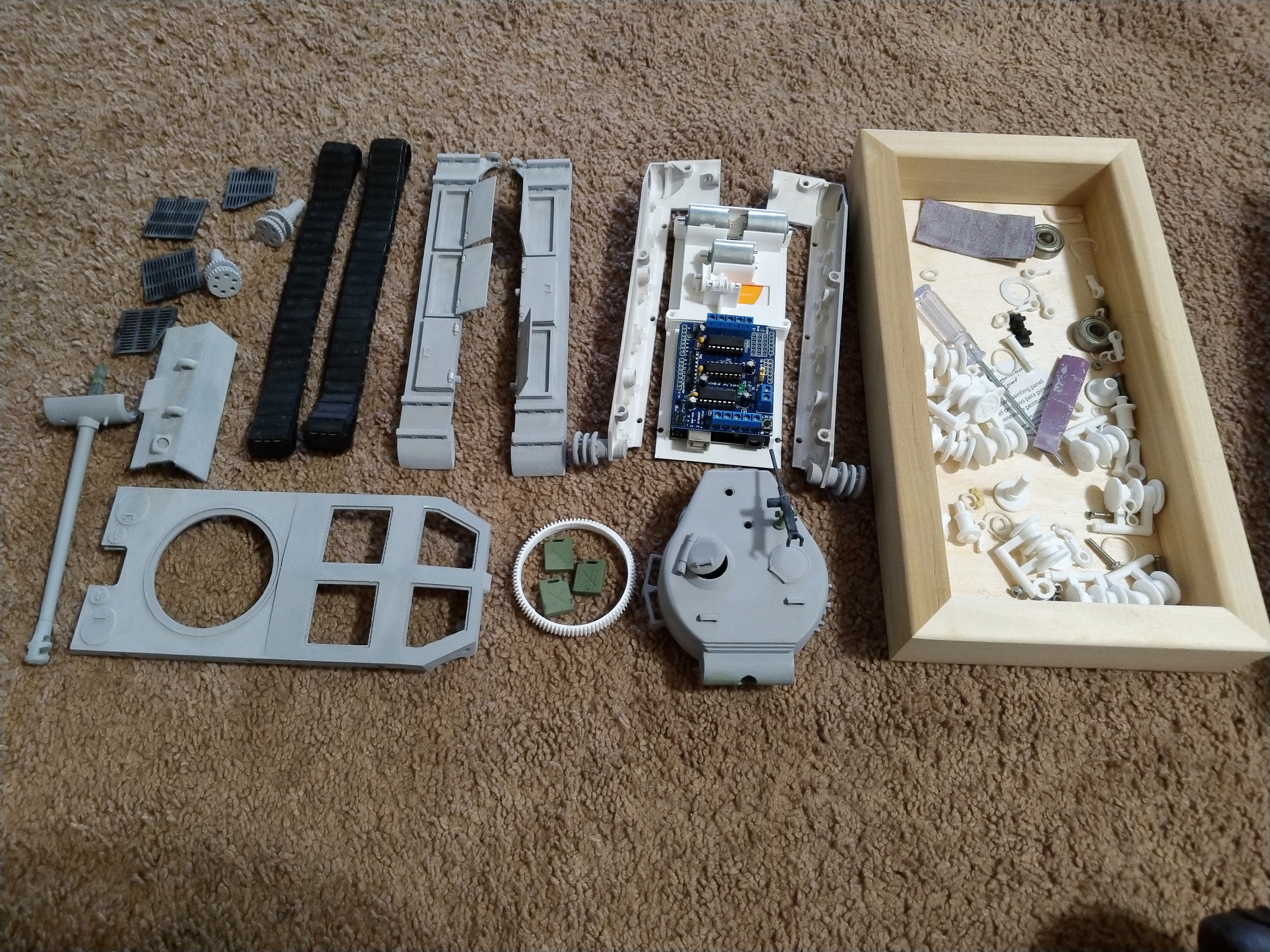 Finalists, Runners up, and Honorable Mentions:
M48A3 by RUSTITOUTZ2
M-10 in Normandy by ThunderingBull
Jagdtiger by Mangat0mCromwell by BartBandKV-1 by Panzer767yM48A5 by Catosan
Wespe by Duster 47
Photos of the finalists can all be found here
World Of Tanks 2020 Holiday Season Model Building Challenge Winners!
Реклама | Adv
WoT-News.Com