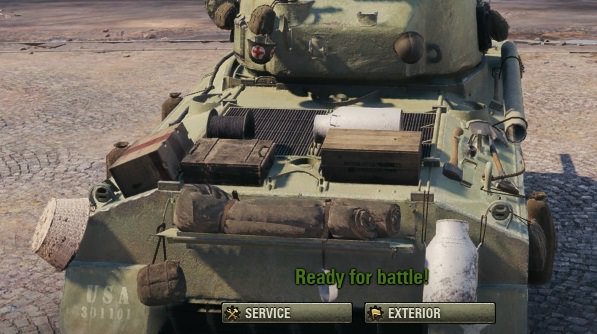 I'd been wondering how I was gonna do those, until I realized that the oil can that comes with the HL man of Sher seems to be close enough in size to work with, and I had two of them. So I cut and sanded them down: 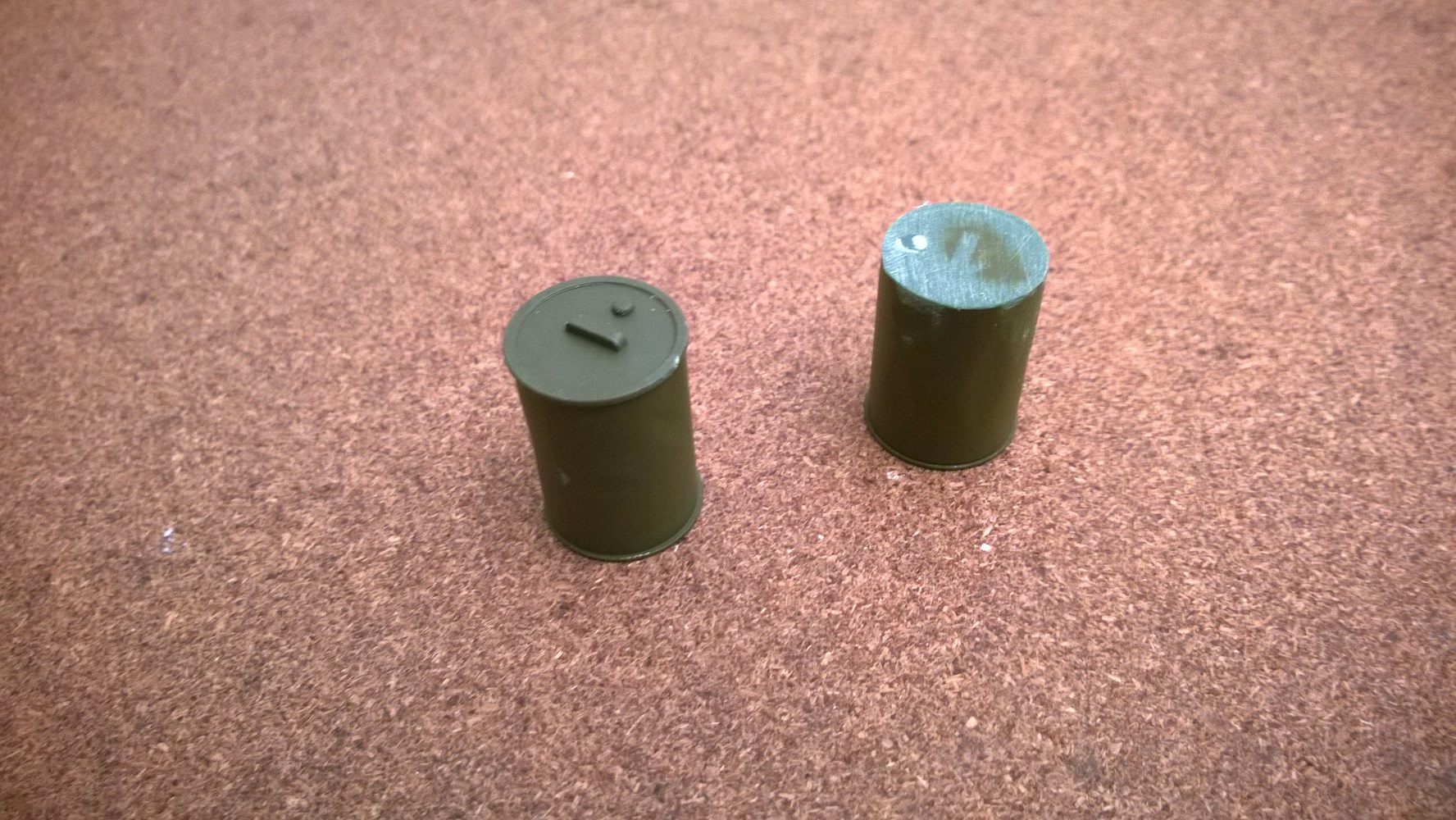 Glued on a short piece of plastic pipe: 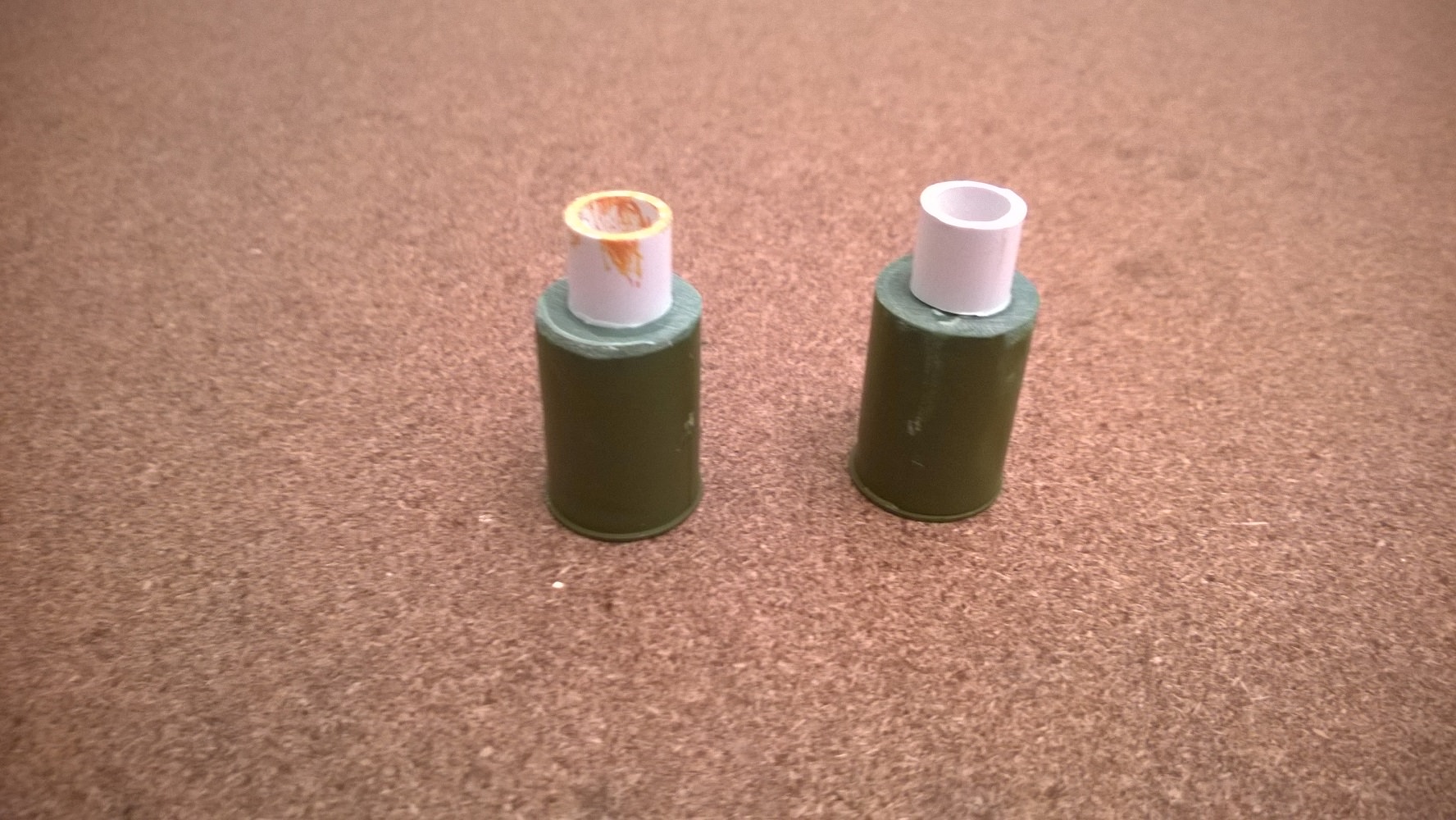 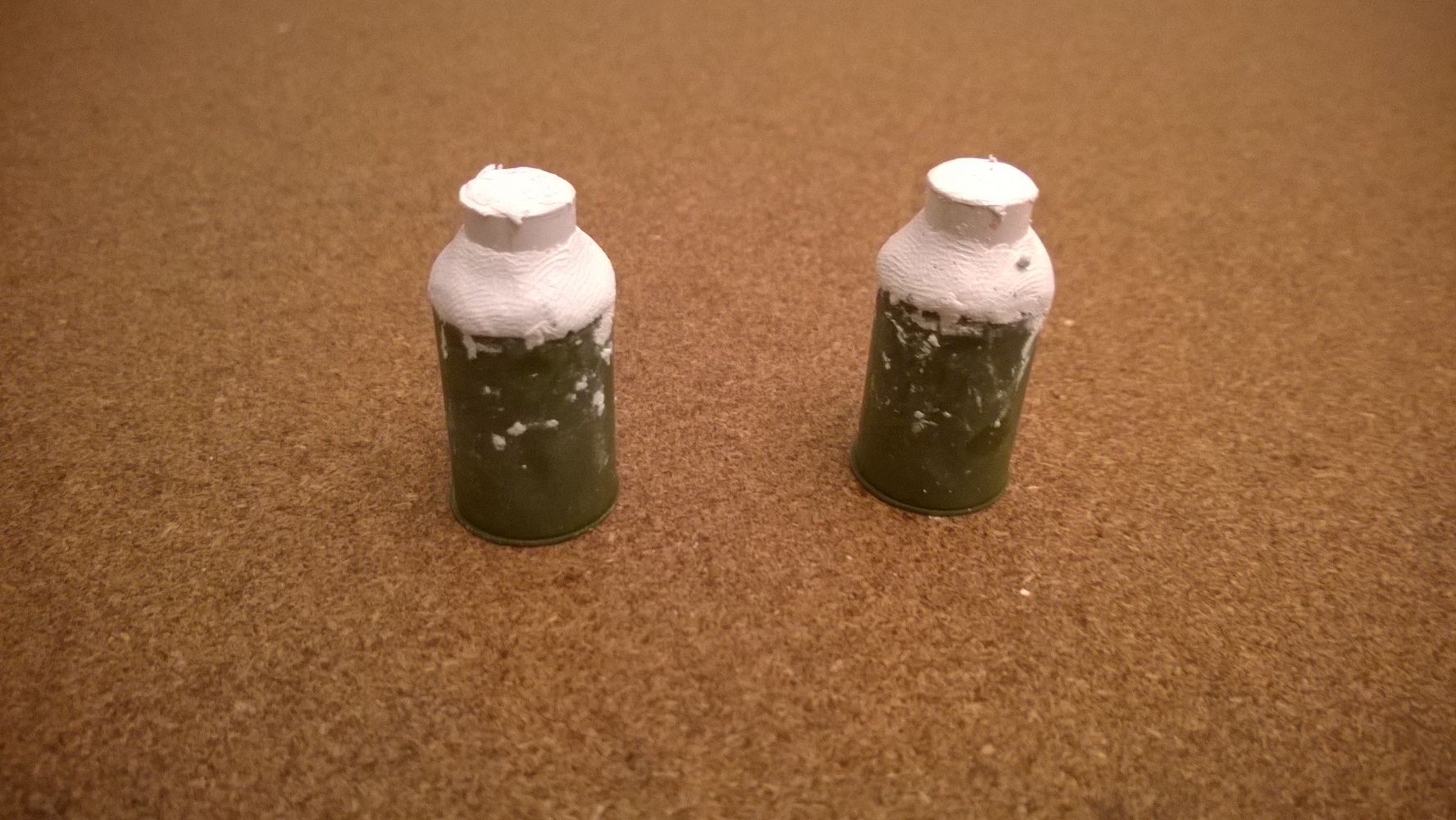 Next day cleaned them up a bit and painted them: 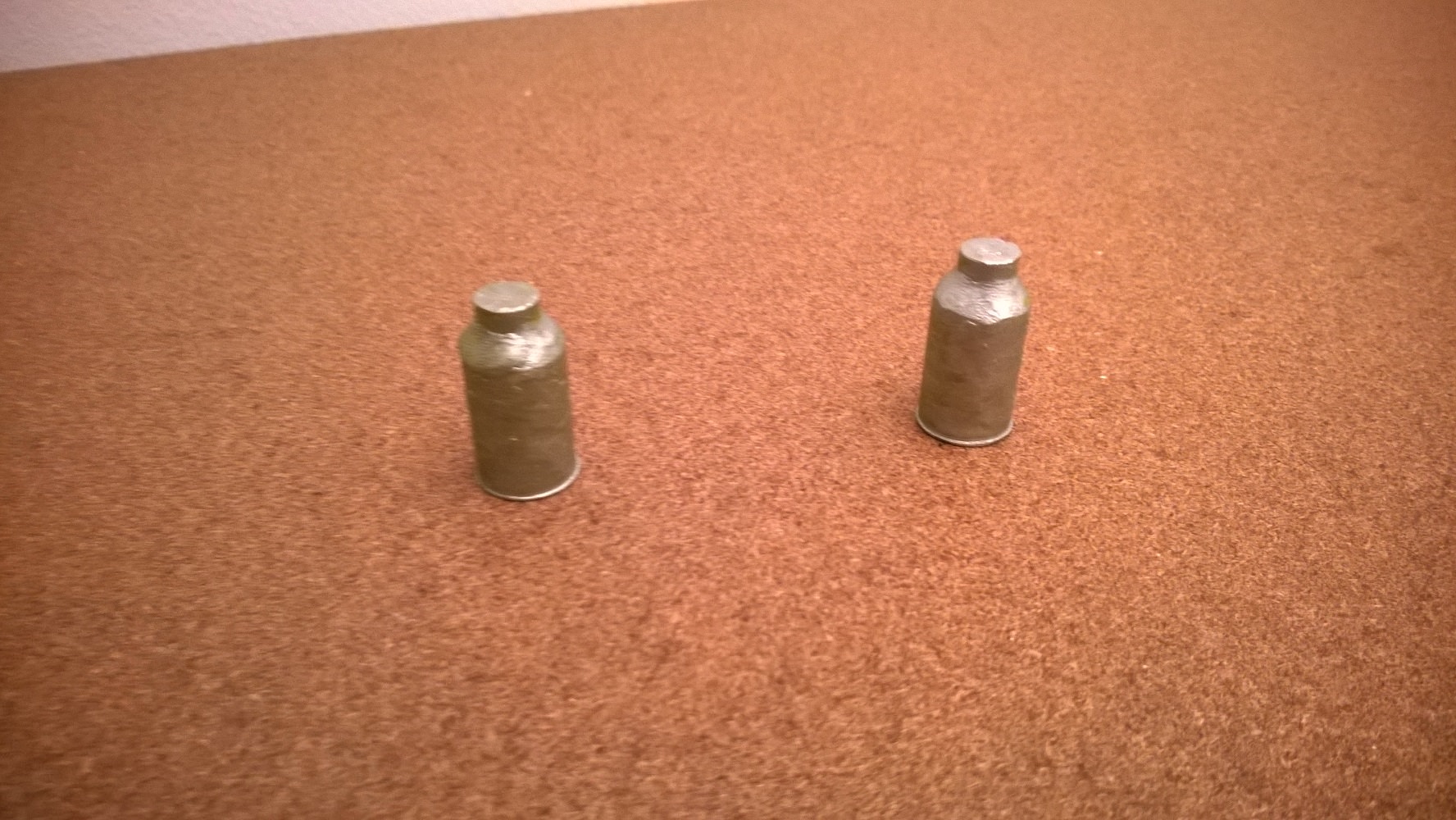 Purposely didn't clean them up that well as I wanted my milk cans to look beat up instead of factory fresh. Anyways, while that dried I painted six backpacks I had lying around and weathered them with washes, then took the milk cans and carefully superglued handles to them made from thin wire, and strips to mimic the handles on the lids: 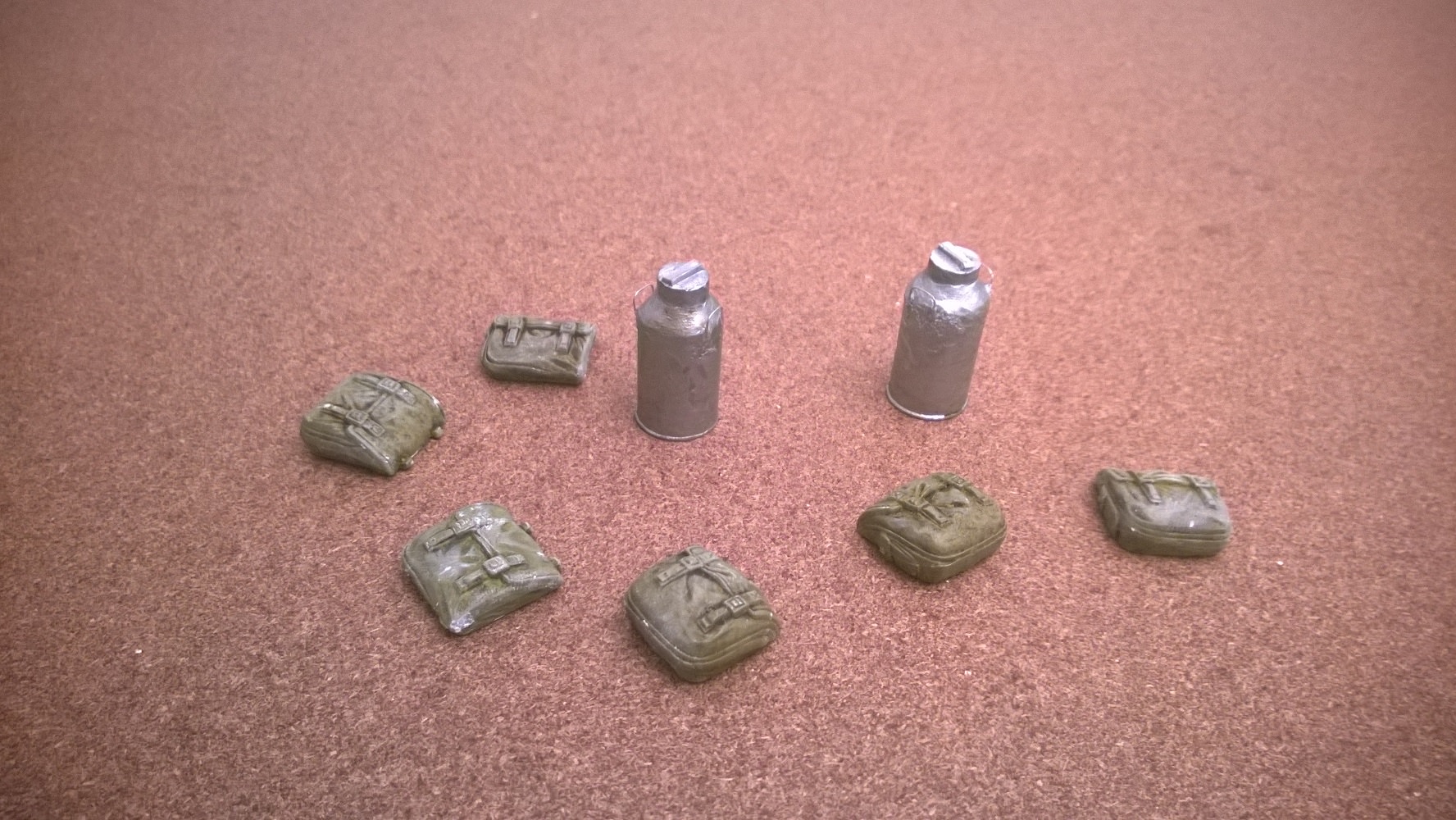 I cut up and painted some more of that plastic pipe to mimic the pipe Oddball says they'd use to fool the Germans in thinking he had maybe a 90mm, applied an old towing cable I had lying around and glued a German jerrycan to the front fender, like in the WoT mod: 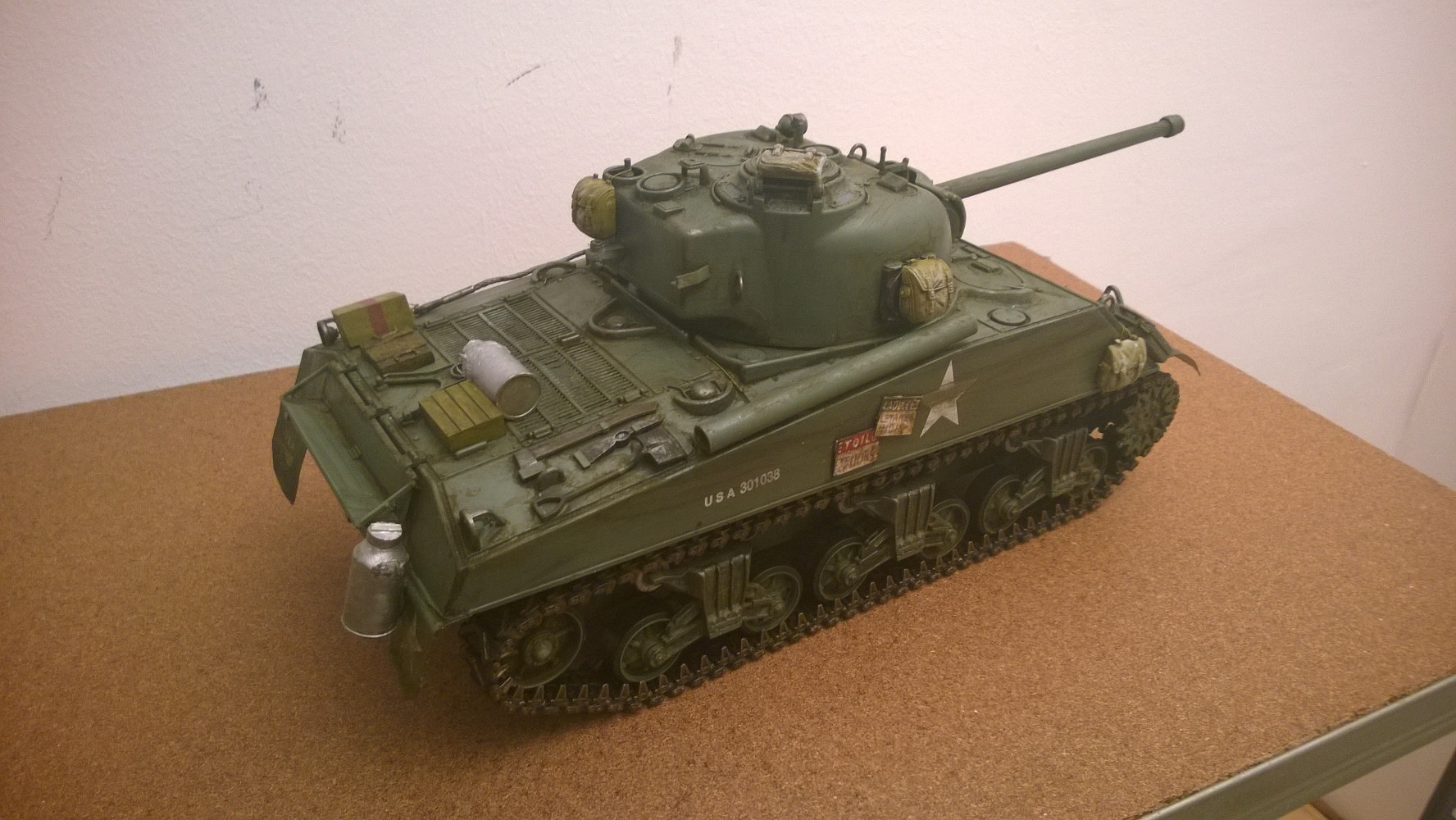 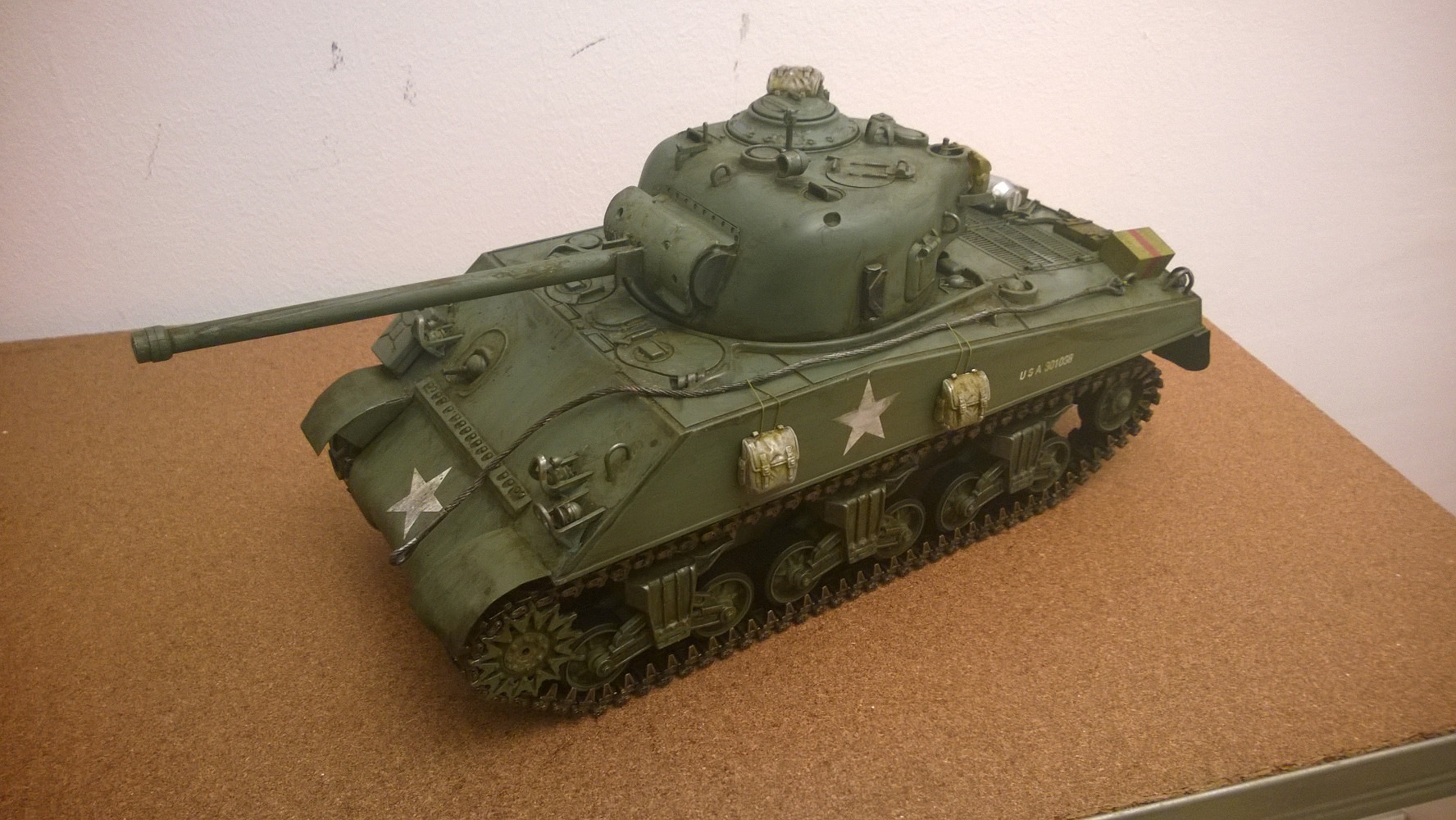 Still much to do, but at least the easy parts of the stowage are done. Next up, a lot of scratchbuilding, from a blue watering can to a gold lantern with red glass to a speaker, what appears to be a wicker basket and several duffel bags. Gotta figure out how to build each and every one of those. Maybe some dollhouse specialist webstore has some items I can cannibalize ...
Scale Model Group Build, anyone?
Реклама | Adv
WoT-News.Com