Дата: 24.09.2018 18:06:25
Gnomon: Hey, everyone! I have a bit of Supertest news for you!  Today, we’re starting the test of a new Soviet Tier VIII Premium tank destroyer, the SU-130PM. While tuning its stats, we used the SU-100P as a base. The SU-100P was a post-WWII light TD prototype, aimed at gradually replacing the SU-76M. A fully operational unit passed the trials, and the SU-100P was greenlit for army service, yet it did not enter mass production. The test unit now resides in the Kubinka Tank Museum. What will it be like in-game? 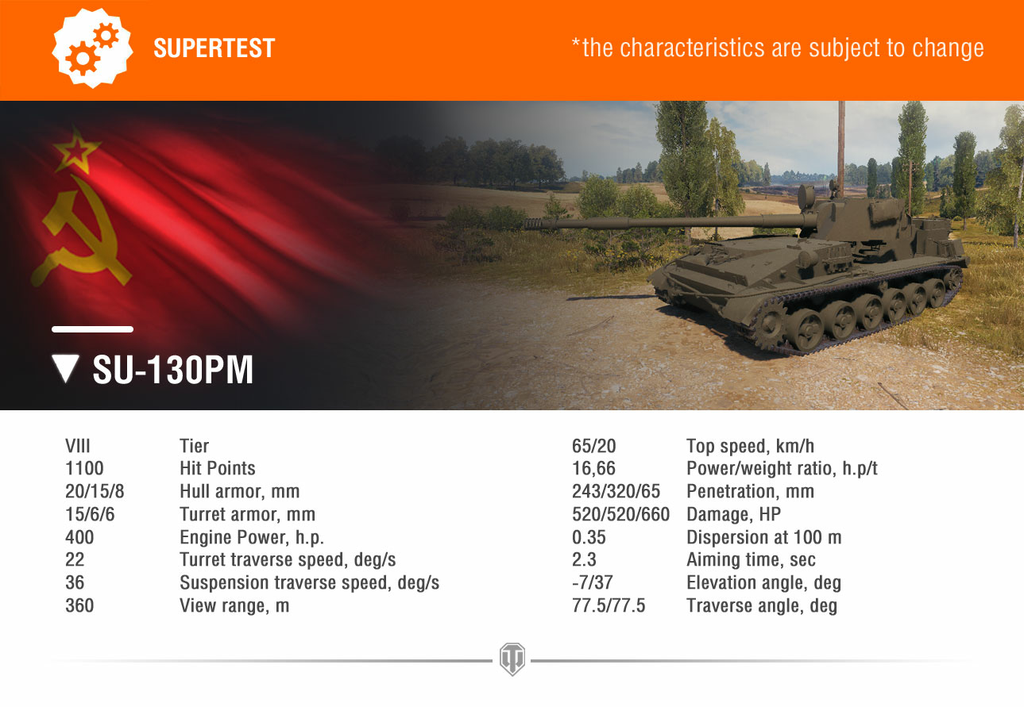 The main difference between the game version and the completed prototype is the armament: in-game it boasts a more powerful 130mm cannon. Gameplay-wise, the SU-130PM is a compact vehicle with decent mobility, great camo and a hard-hitting gun with an alpha of 520 and a penetration of 243 mm with a standard round. You can hardly call this gun a sniper as its base accuracy is 0.35, but it still allows you to be effective at almost any distance. It should be noted that the base aiming time is 2.3 seconds, so you won’t be able to fire from the hip. Before picking your target, you’ll need to prepare. The SU-130PM is agile enough to benefit from switching flanks and firing positions. Its top speed is 65 km/h but it’s attainable after a period of time and on terrain with good traction—off-road it doesn’t perform so well. The cruising speed of the SU-130PM is between 45–55 km/h. Screenshot 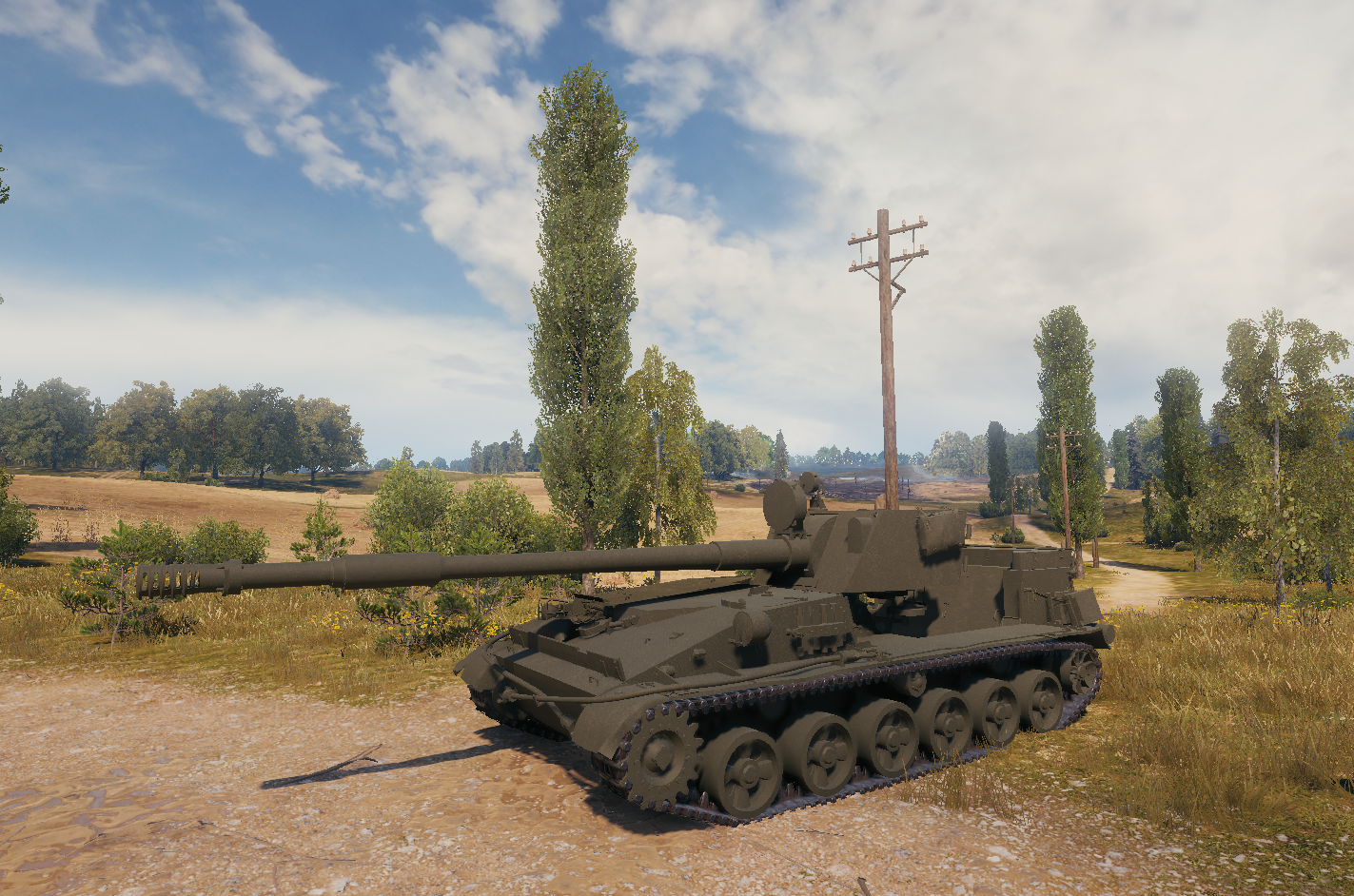 Still looks enticing, so what’s the catch? Well, the SU-130PM is scantily armored, has a small HP pool (1100 points), and a limited horizontal firing arc of 155 degrees. To survive in battle, you’ll need to rely on camouflage and using your mobility wisely. Drawing a line: we’re going to battle-test a mobile but squishy Soviet TD—a dedicated damage dealer with camo-based play, which changes its position a lot. It’s a relatively complex, but rewarding vehicle, which has everything it needs to be efficient in battle. The trials will define what will become of the SU-130PM. As always, its stats are not final and may change depending on test results.  Let us know what you think! Thanks, everyone, and see you out on the battlefield!
[ST] SU-130PM
Реклама | Adv
WoT-News.Com