Дата: 22.05.2018 19:02:32
Gnomon: Hey, everyone!  Hope that you're having a good week!  We’re ready to share some more info on the re-working of the maps, Ruinberg in particular. The changes made to Ruinberg in the 1.0 update were little more than cosmetic. The general layout stayed the same, though the south side of the map received a change: more firing lines and a new/risky position that could pay off in battle (if used properly). We thought it would be enough to help improve a team’s chances to control the broad road heading towards the center of the town. Two months after the release of 1.0, the stats haven’t shown any drastic changes. The team starting from the lower base had more tactical options, but it was rare that they would be able to take advantage of them. Things are now a bit better, but the win/lose balance is still not ideal. Today, we’re testing the second iteration of updated Ruinberg. We added more adjustments that should (we believe) improve the overall balance of gameplay on the map. You can check out some screenshots in the spoilers at the bottom of this post.  The open part of the map has received the most tweaks. First, we moved some spawn points and relocated (or removed) some buildings. This was done so the southern-spawning team can take firing positions faster, making things more even with the read team. With fewer houses and more firing lines, TD’s sitting in shrubs located will get more chances to participate in battle, since they will be to help teammates fighting at the crossroads. This particular spot has also changed: we’ve cut a corner of the city block next to the road. We believe this should equalize the teams’ chances to take the center of the map. Also, we’ve slightly improved the southern side’s positions for shooting at the city blocks. Ruinberg gifs

Making Ruinberg fair and balanced while keeping its gameplay layout intact is our goal here. This test will show us whether the new changes can help us reach this goal.  So, be sure to let us know if you have any feedback after checking things out! As always, thanks for your help and I hope to see you on the battlefield!  Ruinberg 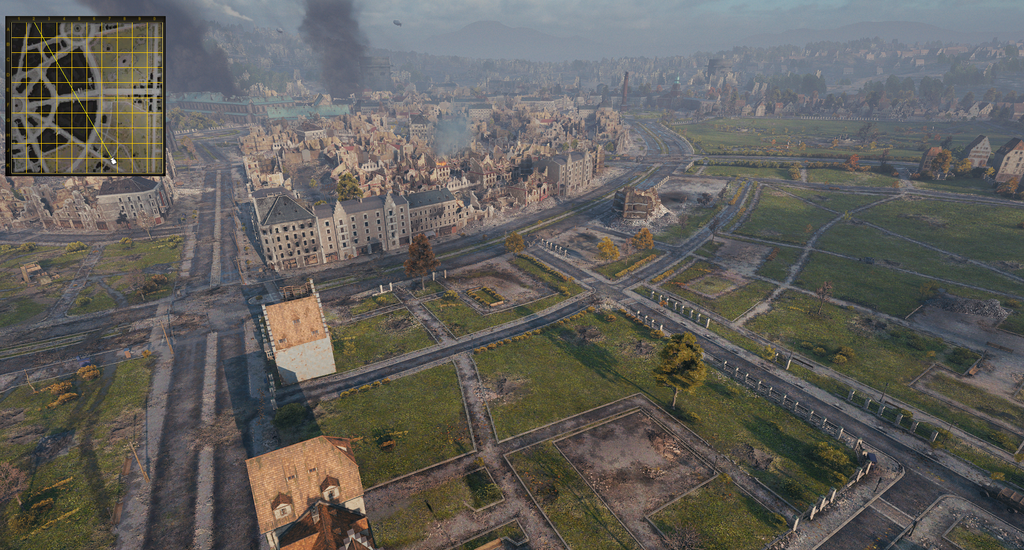 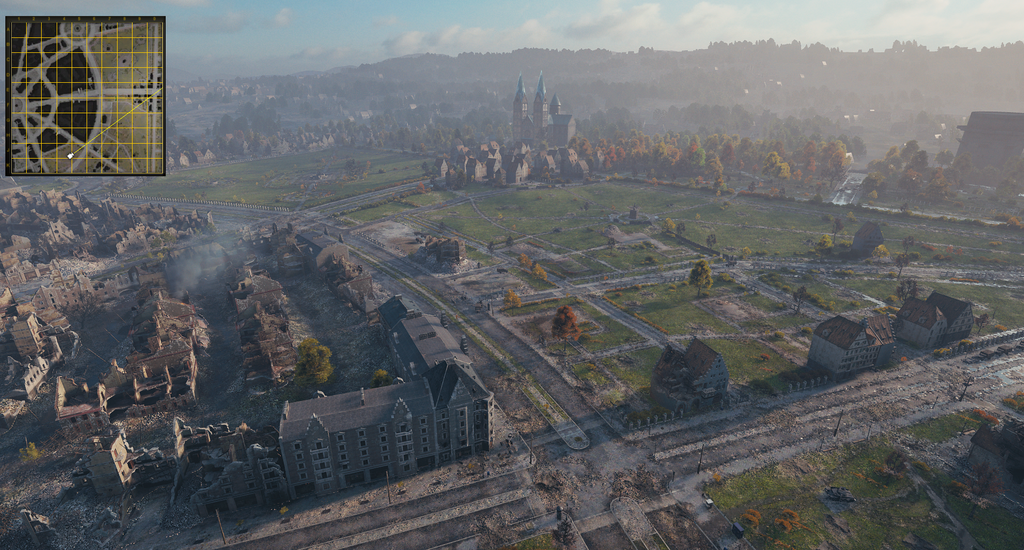 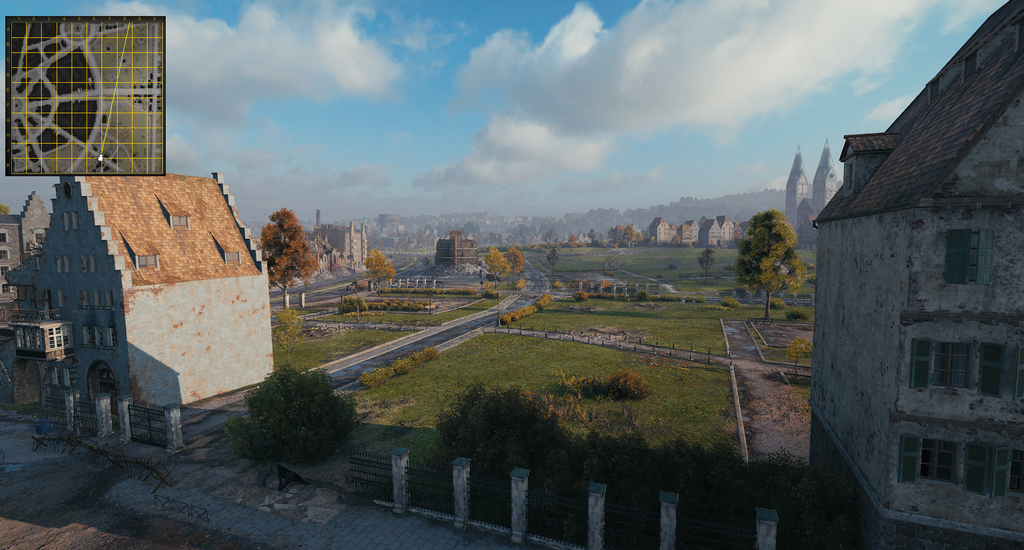 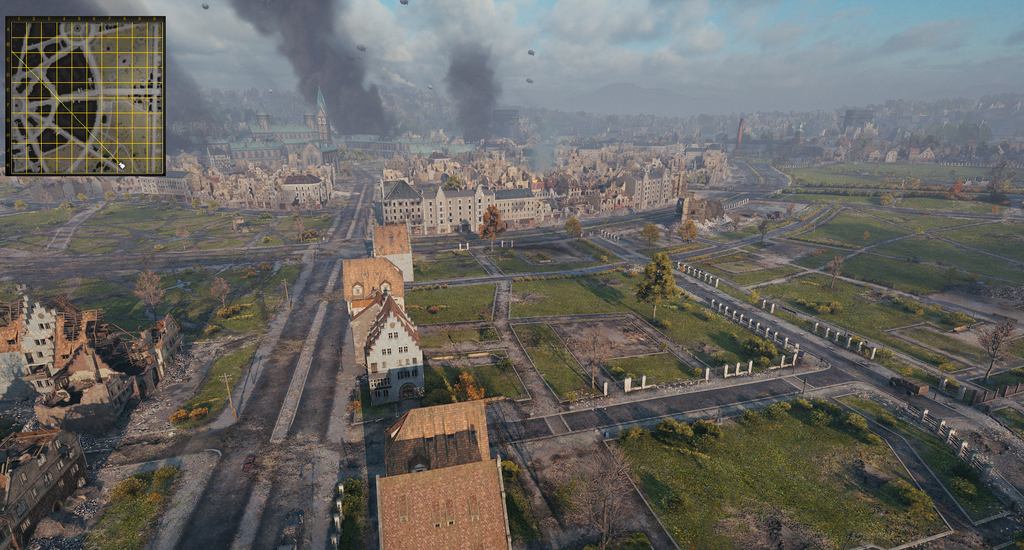 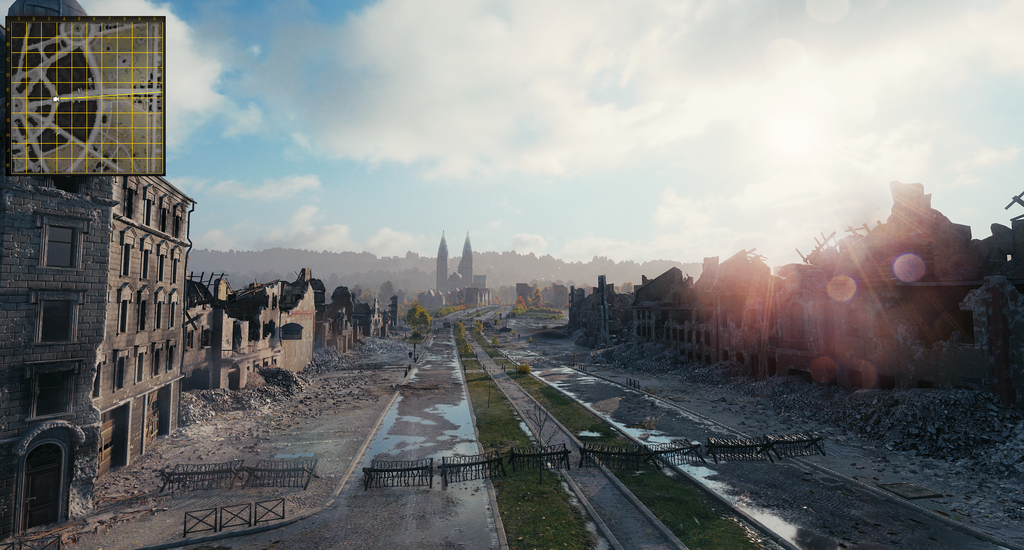 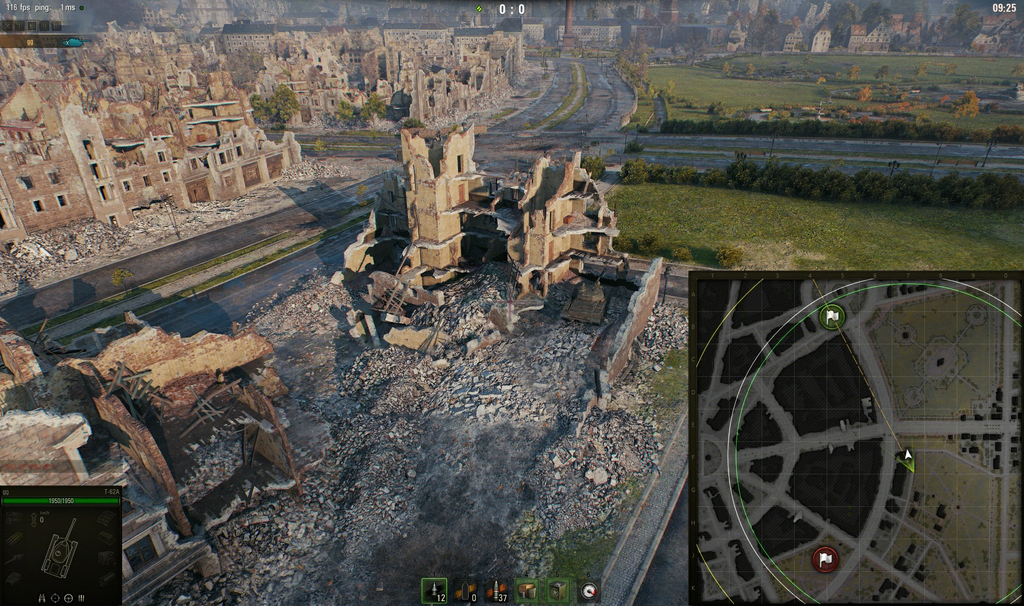