Дата: 04.12.2018 21:33:57
DomoSapien: Tankers,
Hitting Supertest today is what will hopefully be the final stage of testing for the Lost City map. It should look familiar, as several versions have been posted to the WCFR subforum in the past, and it bears a striking resemblance to Ghost Town in general (of course, Lost City is substantially larger than Ghost Town, but more on that later.)  We feel that the playstyle for this map has been more or less defined, so we can move on to checking the team and location balance, then make changes as necessary. After that, some finishing touches from artists and the map will be ready to go live. 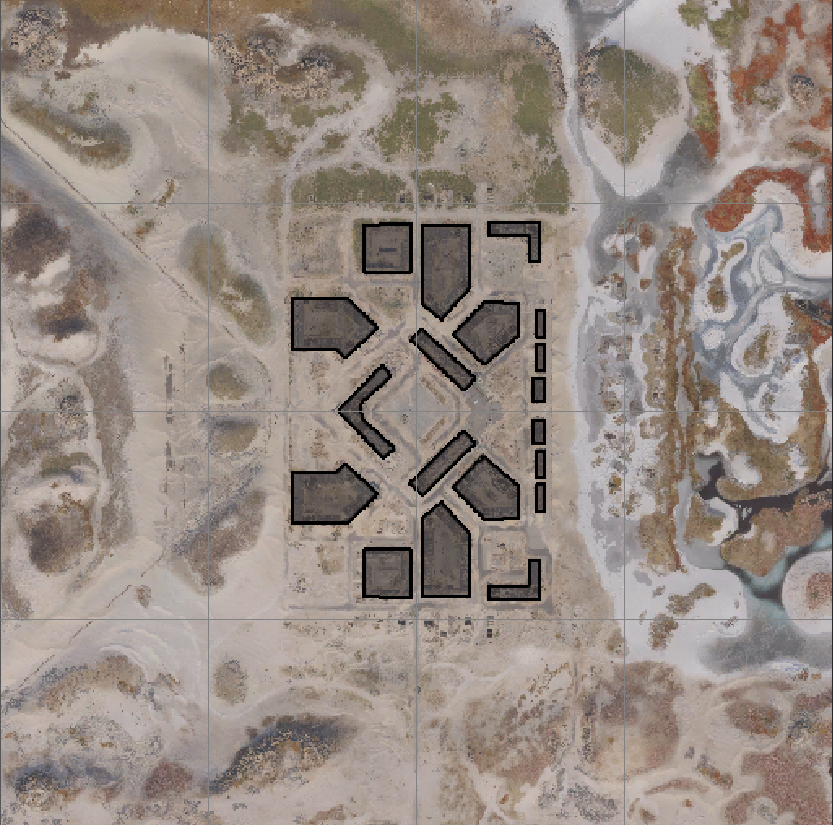 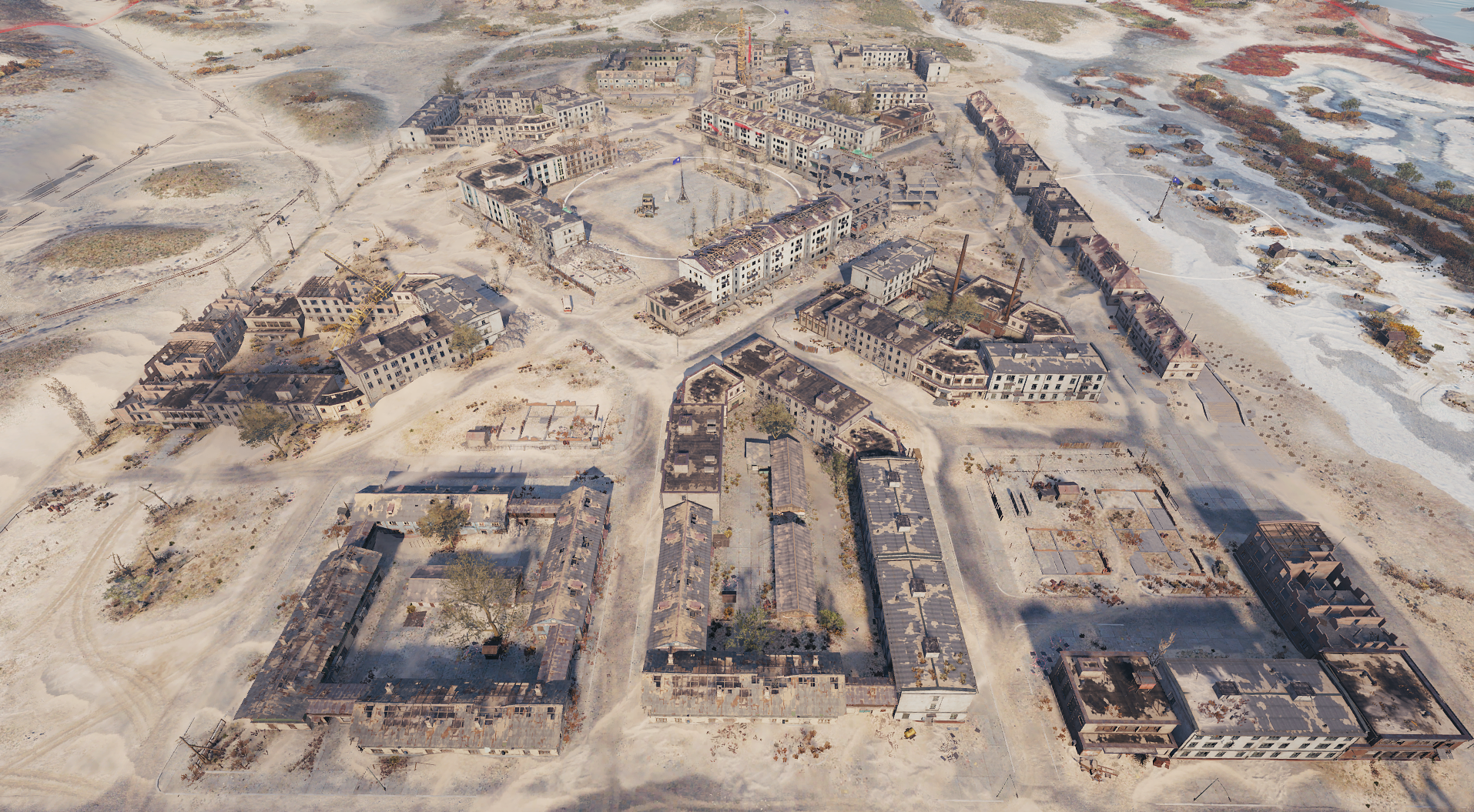 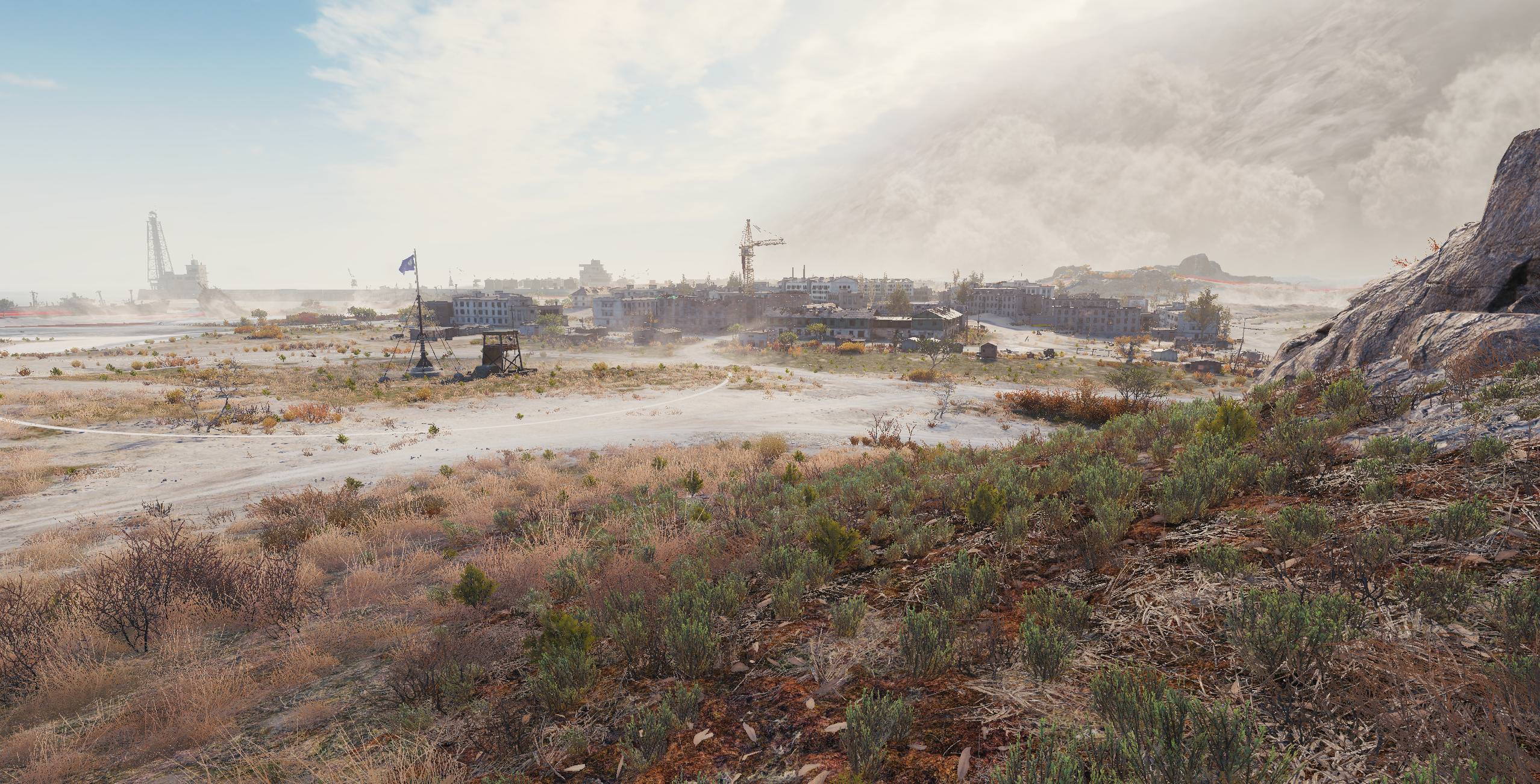 How has Lost City Changed?The location has evolved pretty substantially but the general setting and theme remains, with some emphasis on symmetry carrying over as a design choice from Team Battles. The redesign is intended to increase viability for different classes. With this in mind the size was increased from 0.8km x 0.8km to 1km x 1km Additionally the dividing line of gameplay was changed from a diagonal one to a horizontal one This change was made to help structure the map, and define more directions for it to play in different vehicle classes. Diagonal symmetry resulted in less variation for overall tactics. Previous iterations tended to funnel gameplay into city blocks, which favored well-armored vehicles and mobile vehicles that could take critical positions early. This new version has added options in the form of dedicated directions for various classes. 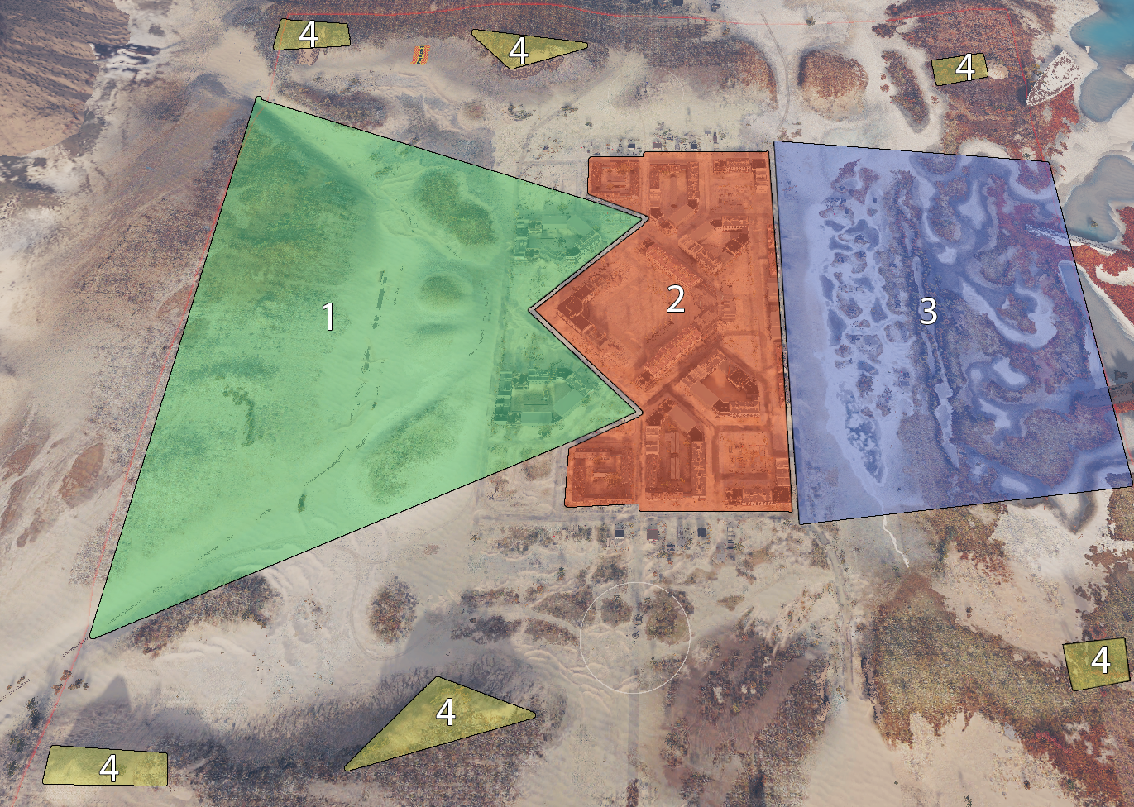 1.  This area of the map is for some "LT and MT yee-haw cowboy action." - What this silly phrase means is that the key to success in this area of the map relies on mobility; Galloping ahead and controlling the direction of the battle. From this area you can either wrap around into the enemy spawn or flank enemy heavies in the city, forcing them to split their forces and their focus off of your Heavy push. 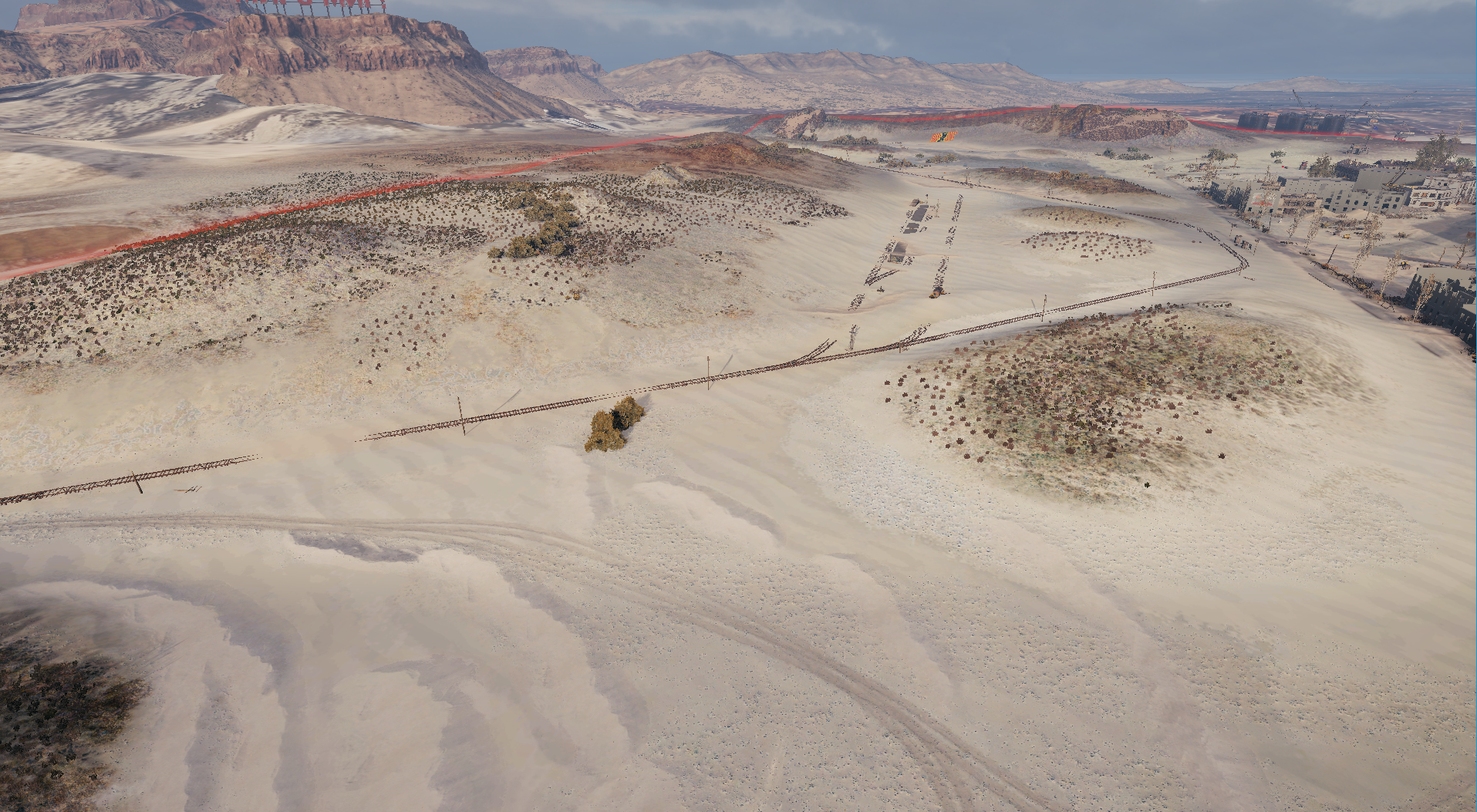 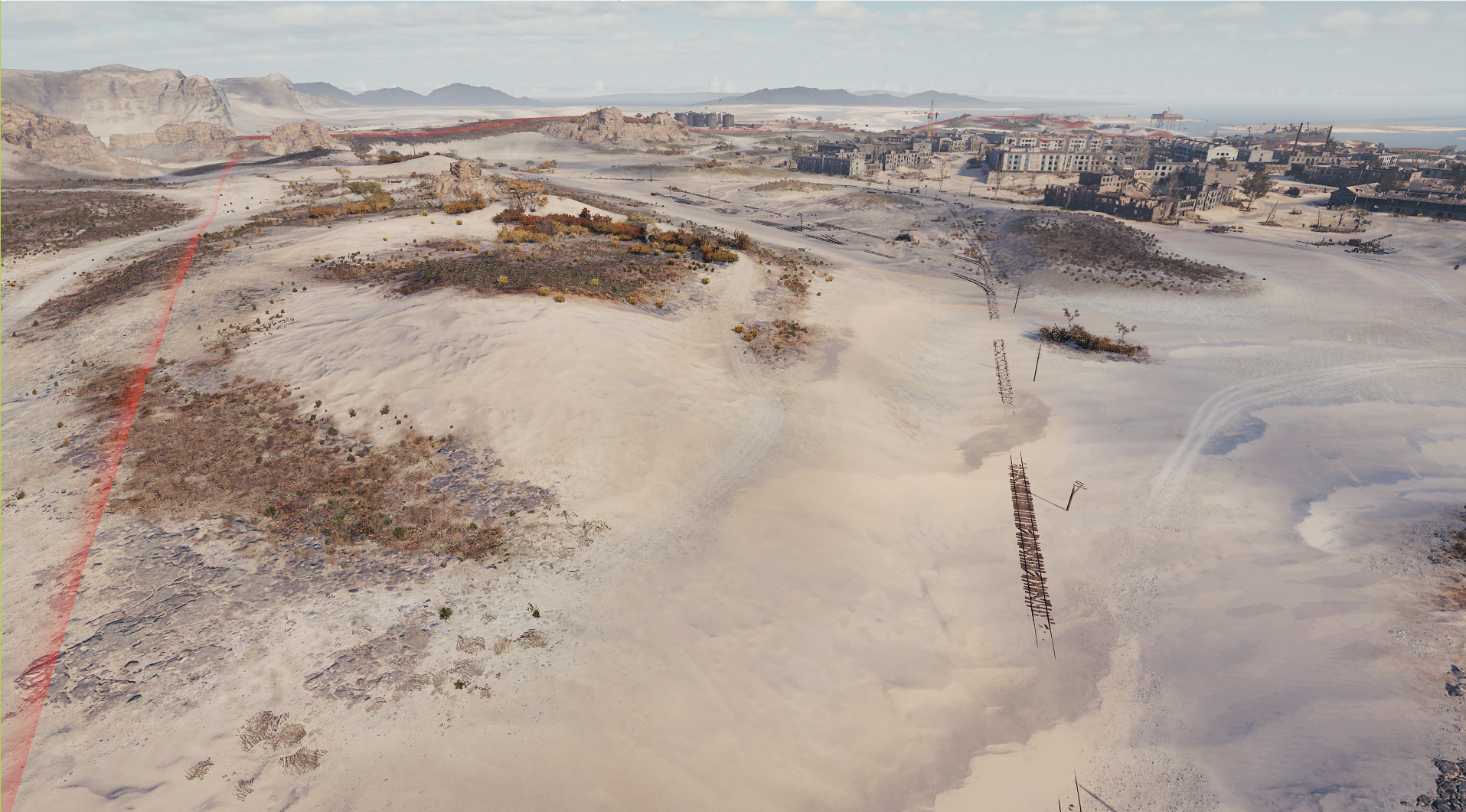 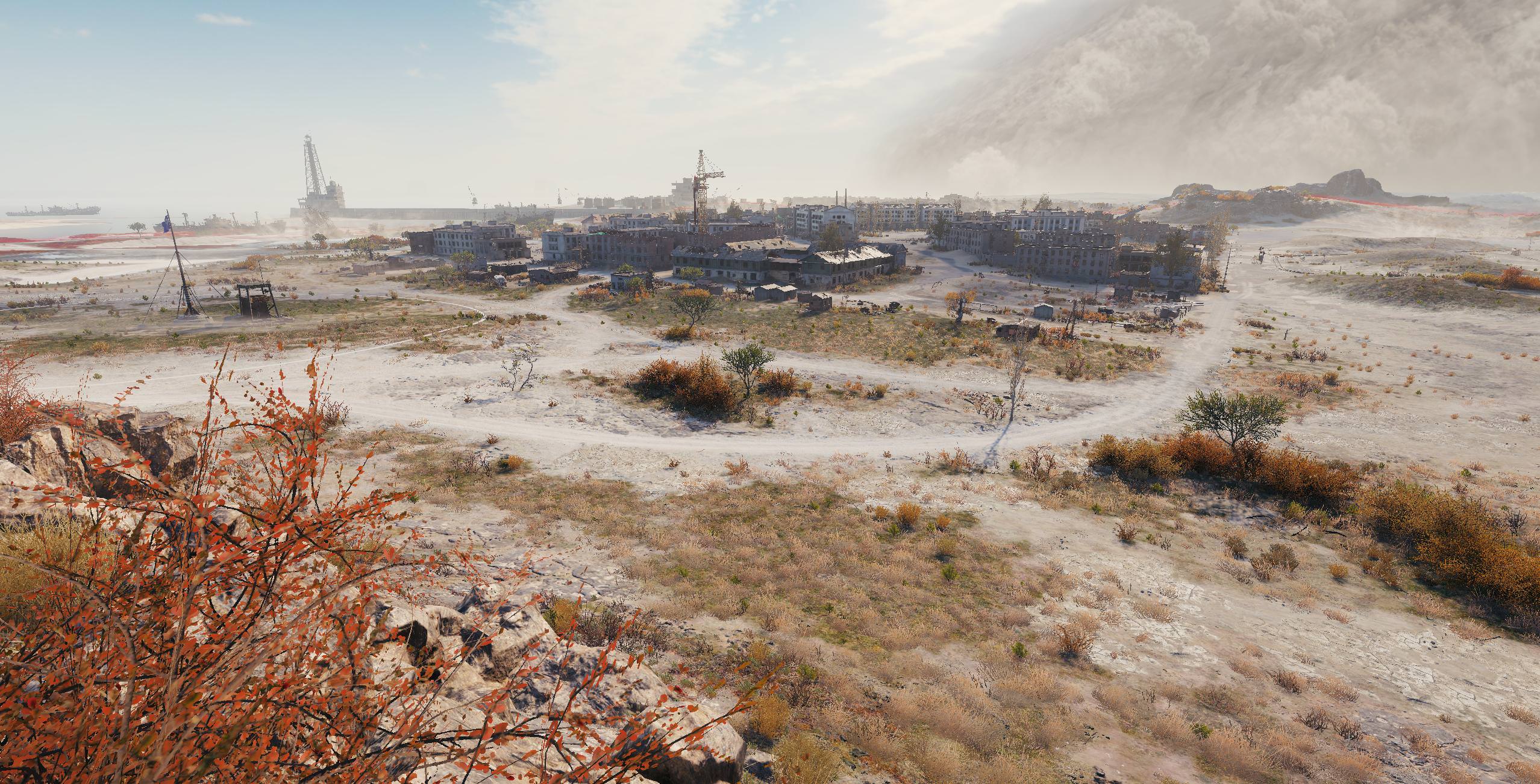 2. The City Blocks occupy the middle of the map. Matters are settled face-to-face in this area, so naturally if you're in a well-armored HT, MT, or TD you'll feel right at home here. Most cross-fire locations are blocked so you don't have to worry about taking fire from external flanks for the most part. However some crossfires are open so it's important to maintain situational awareness and a level head. 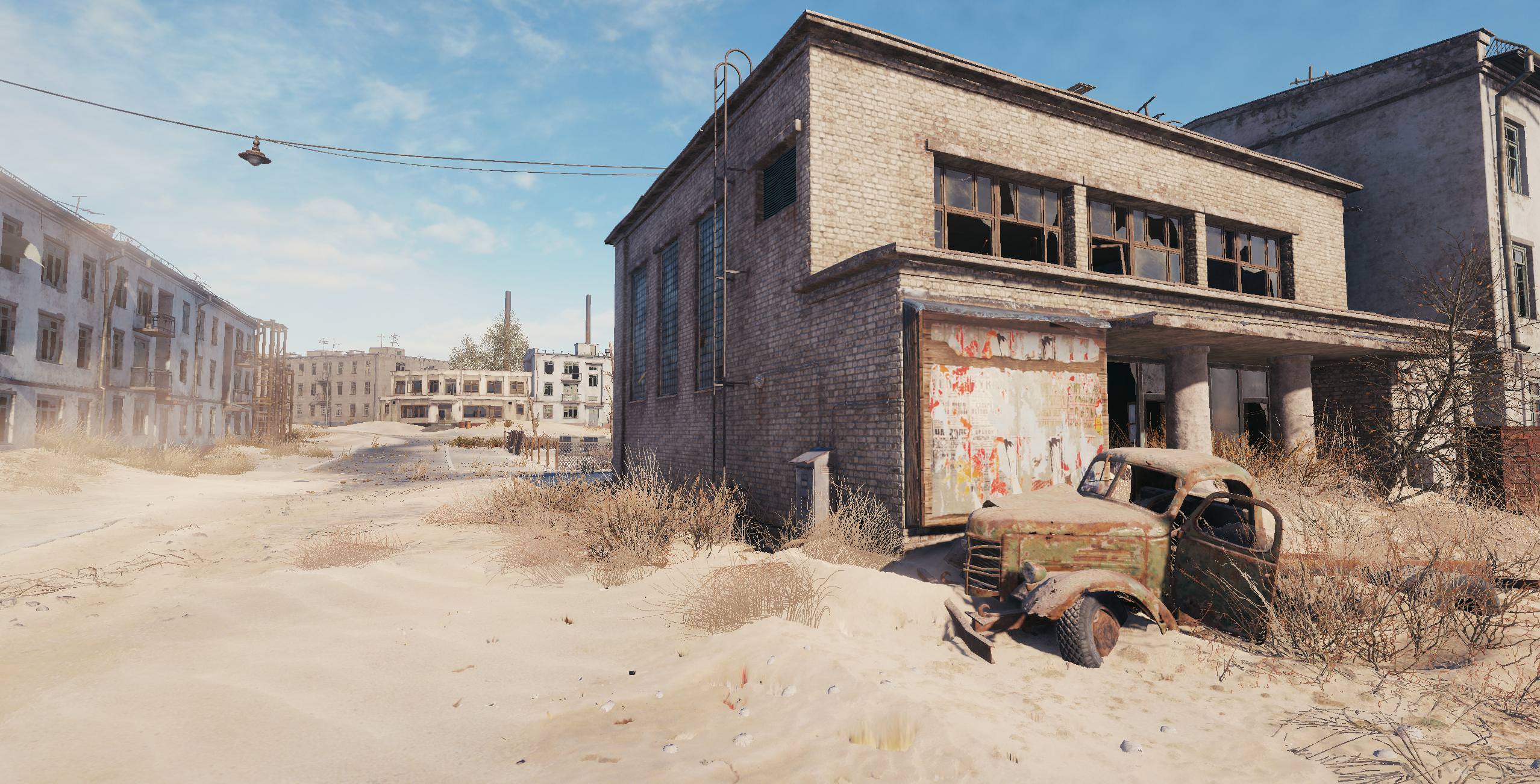 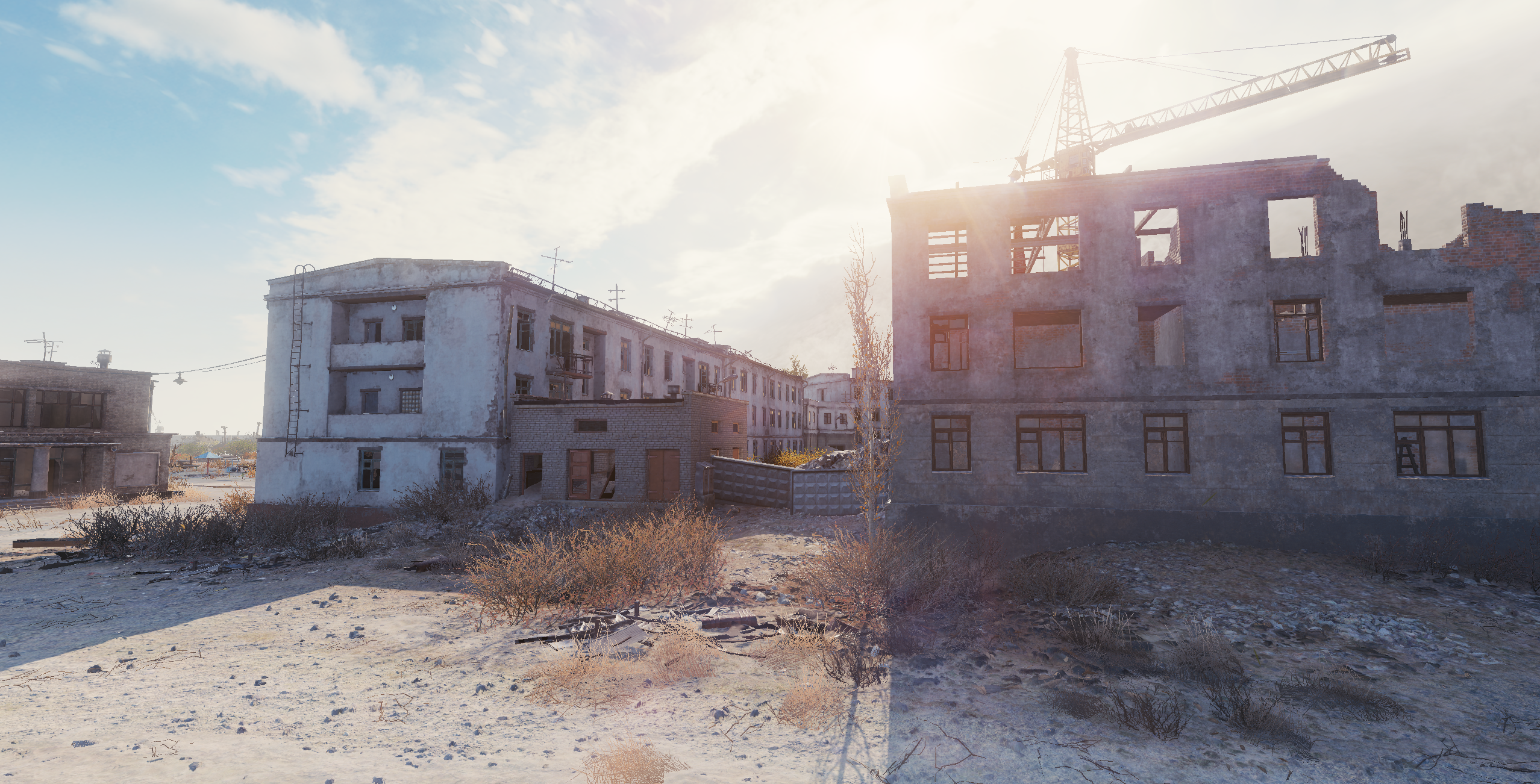 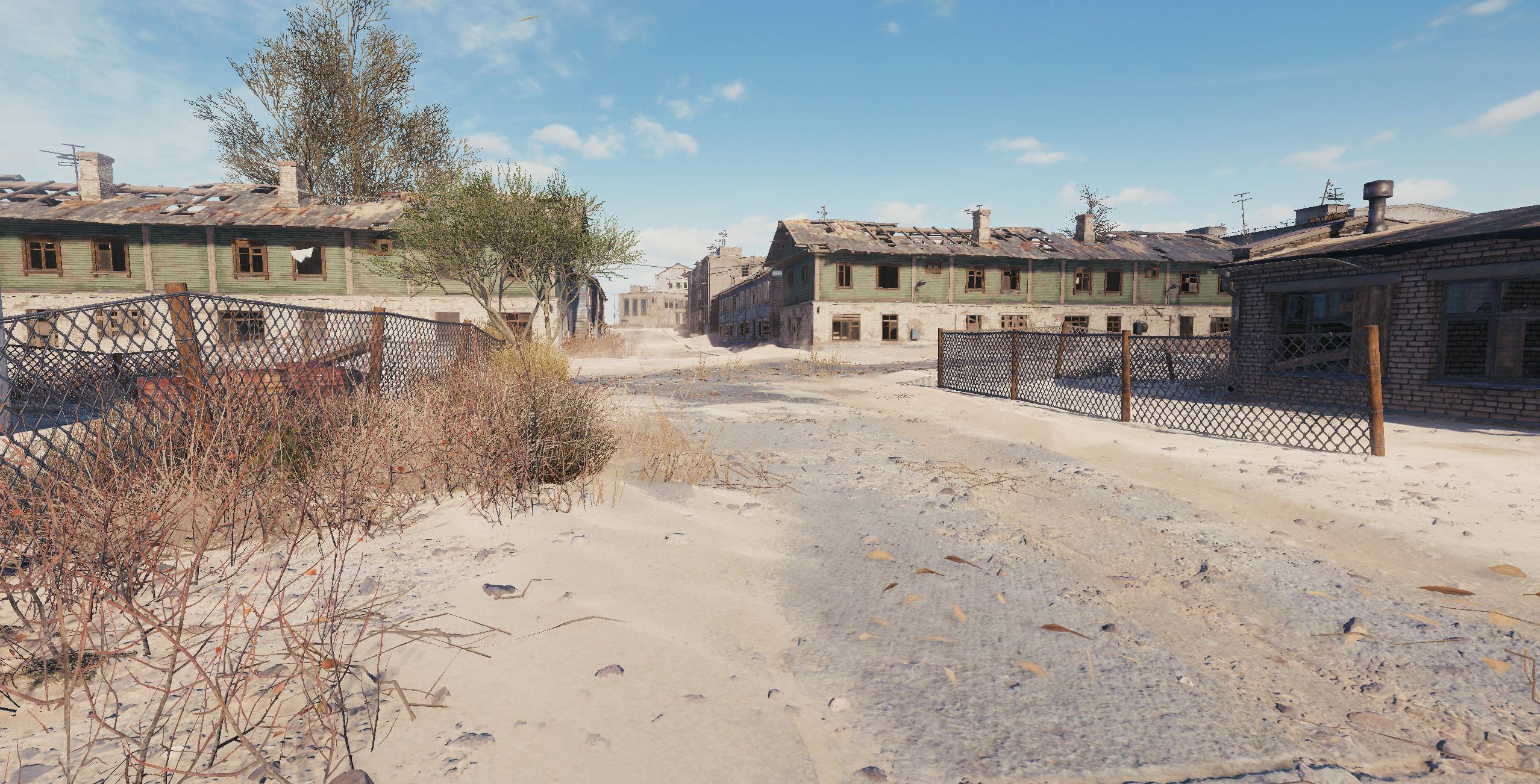 3. In the East, gameplay is a bit more thoughtful. That is, you'll want to take care advancing up this line as there are TD positions on either side with heavy foliage. Ever hear the expression: The best defense is a good offense? Well it couldn't be further from the truth in this case. Stealthy TD's like the Swedes and the Germans will thrive on supporting these locations. 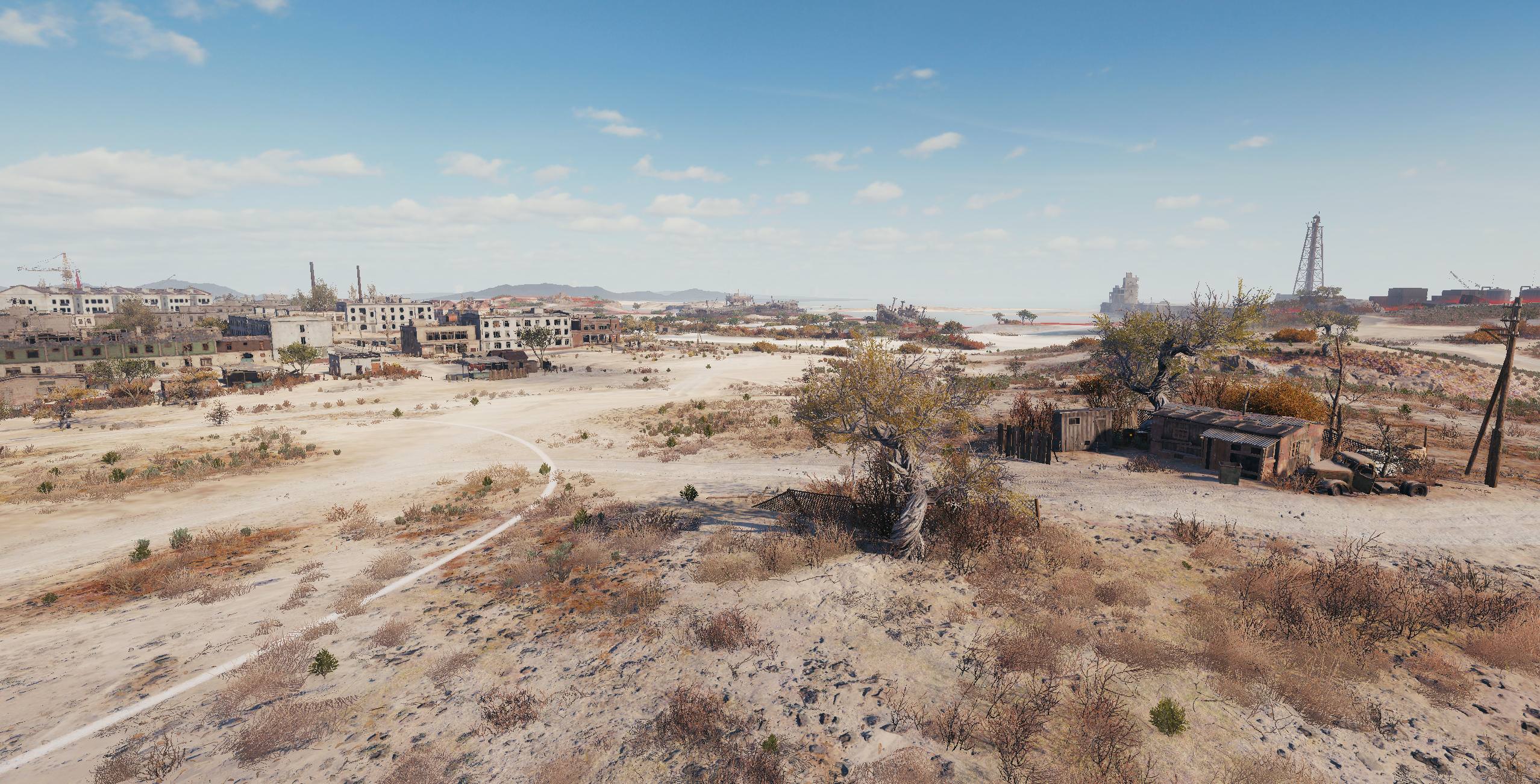 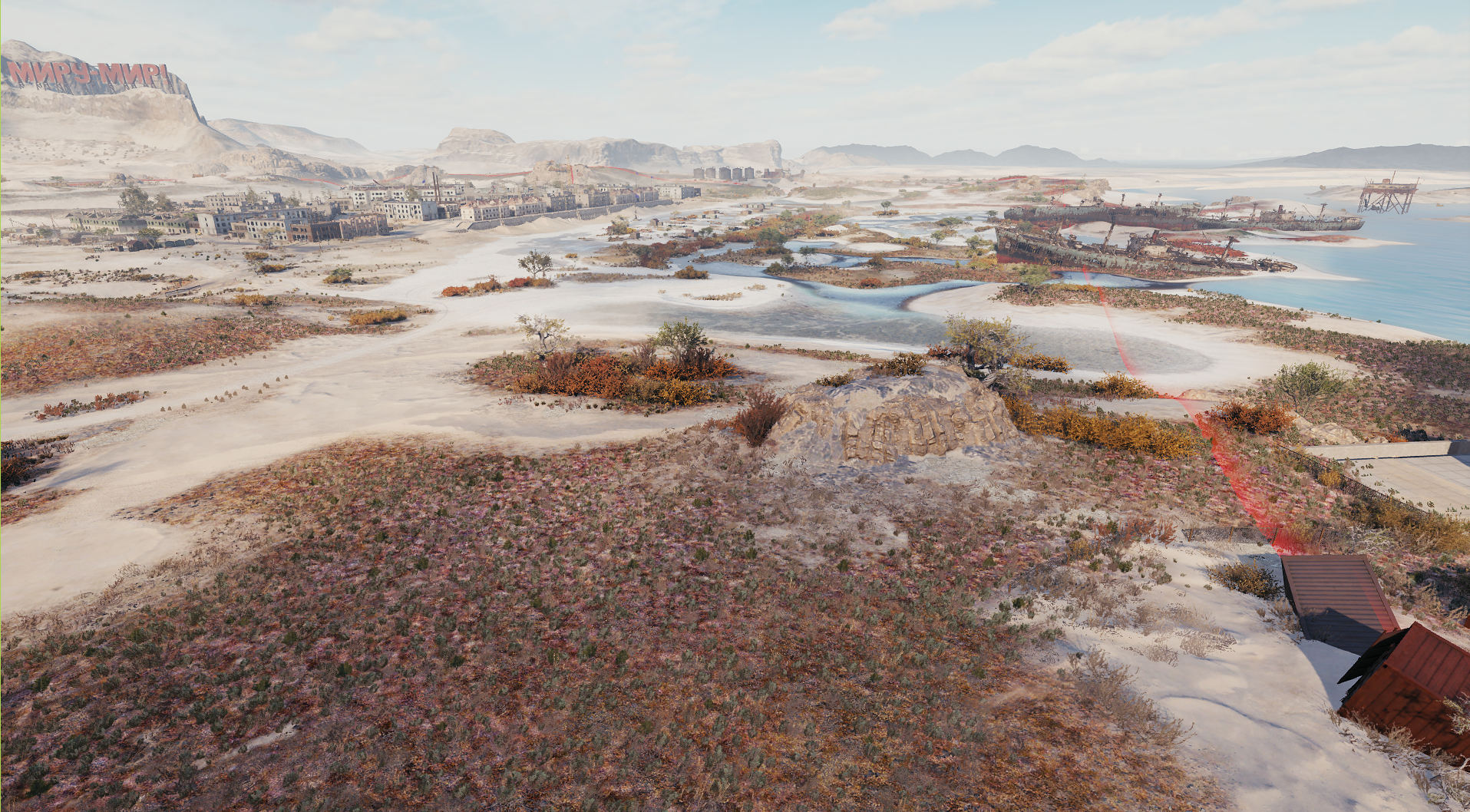 4. At the North and South end of the Map,  TD positions with heavy Foliage offer support for allies and containment for over-extending enemies on the East and West flanks. These locations offer both Hard Cover and Foliage cover.

While the map is in its final testing phases for ST we are still making considerations for player feedback; if we receive drastic feedback around any particular features, this feedback may be implemented in the live version. With this in mind please feel free to leave your feedback below. <