Get to know the Shielded T-34

Дата: 05.07.2018 22:29:50
DomoSapien: Howdy, Tankers!
You may have noticed that today marks the beginning of the Kursk Event. In honor of this historic event, we're featuring a set of missions to earn the Shielded T-34; a tier V premium version of the standard T-34. We figured it might be nice to explain the significance of this vehicle, as well as its role in the battle of Kursk.

This 53-Day long event commemorates the 53-Day long engagement in the Kursk Region on the Eastern Front, which was one of the longest armored-vehicle engagements in history. The battle at Prokhorovka was one of the most noteworthy during the Kursk Engagements, and it is where the Panther made its debut in the German forces. The battle of Kursk did go in favor of the Soviet forces, however it brought to light some serious concerns with the viability of the T-34 that had been in service since 1941.
Ultimately, it was the Soviet focus on low-cost, high output production that allowed them to secure victory in Kursk, as the Red Army which had essentially been rebuilt with inexperienced forces had to resort to strength-in number tactics to make up for the T-34's shortcomings; primarily the 76.2mm gun on the 1941 and 1942 models. The gun was unreliable against the additional frontal applique armor on up-armored Panzer III and Panzer IV variants, as well as the frontal armor of the Tiger I and the Panther at standard ranges. The Panther and Tiger I were able, on the other hand, to take out T-34's with ease at ranges of 1,000-1,500 Meters. While the bulk of the German fighting force was still made up of Panzer III's, IV's and StuG III's, the prior two certainly proved the most troublesome against the Soviet T-34, which made up the vast majority of the Soviet armored forces. (Approximately 1/3 of the 3,500 Soviet tanks at Kursk)
Tactics used primarily capitalized on the mobility and maneuverability of the T-34 compared to heavier German vehicles. The 76.1mm gun proved unable to penetrate these vehicles frontally at all without Tungsten rounds, and were only able to penetrate their weaker side armor from very close ranges. Hence, the move was to essentially charge as many T-34's as possible and close the gap, hoping to land flanking shots from close range. The Shielded T-34 in-game is a bit of a hodgepodge between the 1941 T-34 variant and the 1943 variant, featuring a hexagonal turret with additional applique armor plating riveted onto the the turret and sideskirts. There is no official designation for the shielded T-34, as this was a prototype vehicle that didn't enter large-scale production. However, several were deployed on the Eastern front, and all were eventually lost in battle.

This vehicle is essentially the Soviet effort to increase the survivability of the T-34 and allow the vehicle a better chance at reaching a close enough range to engage a Tiger I or Panther and have a chance at penetrating its armor. The variant featured in-game was developed by engineers of Research Institute-48 and Plant No. 112 under supervision of I. Burtsev. Of course, with the addition of extra armor comes the addition of extra weight. Without upgrading the engine, adding these armor plates to the vehicle was a double-edged sword. The extra armor gave it a bit more of a fighting chance against Panzer III and IV's, but ultimately it's questionable whether or not this additional applique armor actually made a difference. During field tests, the armored screen sides were able to withstand fire from 37mm and 50mm anti-tank guns, but were penetrated by armor piercing 88mm and 75mm shells. 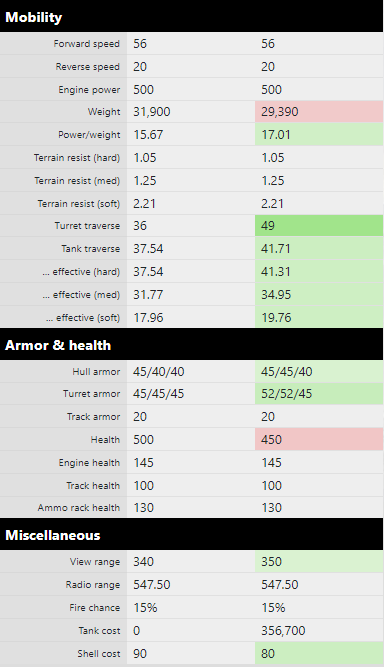 (Stats from Tanks.gg, an extremely useful third-party site for referencing stats and viewing 3d armor models to figure out effective armor values)
As we can see above, the T-34 Shielded features improved DPM and Gun Handling over the standard T-34, at the cost of a bit of penetration and quite a bit of mobility, as well as turret traverse. The extra armor plating should allow for a bit more effective sidescraping, especially against HEAT rounds as the side armor is spaced, which is excellent at eating up those pesky HEAT shells. Logically, it would make sense that all the extra applique armor would stabilize the vehicle a bit, and have such a drastic impact on the turret traverse since virtually the whole turret is covered in additional armor plating.
So the good news about the T-34 Shielded: You only have to complete 30/53 Missions during the Kursk Event in order to receive the T-34 Shielded, as well as its unique style. You'll also get some premium time and a bunch of other goodies along the way. Functionally, the Kursk Event is similar to the Italian Marathon. There are two branches you can choose between daily, one that can be completed in any vehicle, and one that must be completed specifically in vehicles that were used at Kursk.
Finally, here's a better view of the unique style that comes with the Shielded T-34, featuring Identification marks and tactical symbols used by the Red Army's Armored Corps: 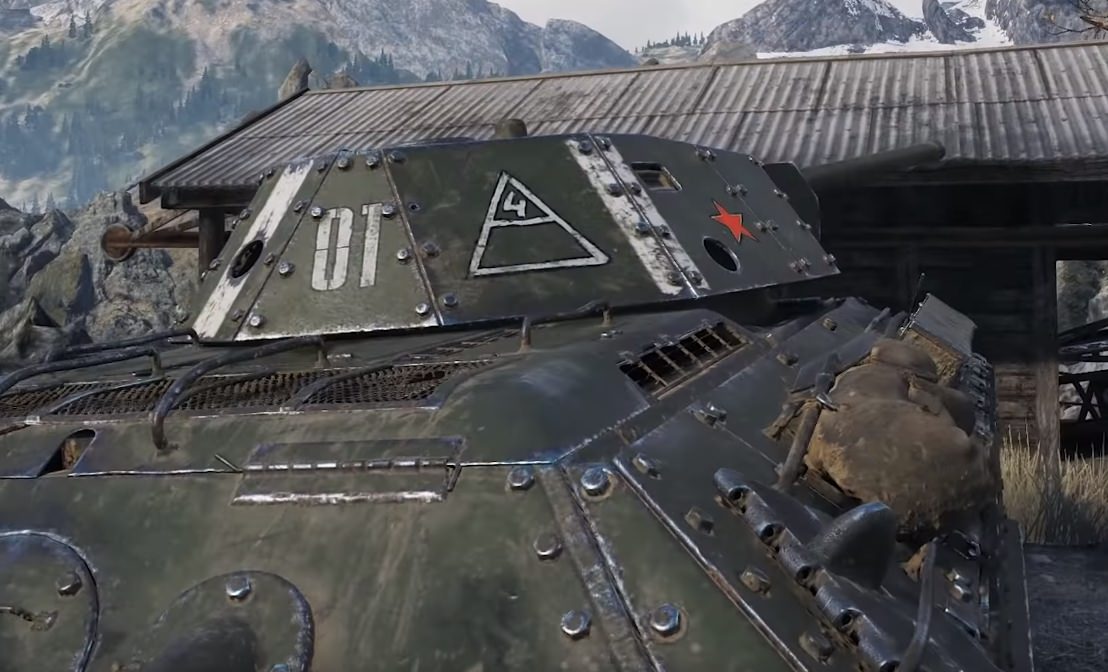 Got questions about the event? Check out the full article on our news portal!
Got even more questions? Gnomon's got your back! Check out his Kursk Event FAQ !
Too much reading? Check out the handy video overview below:
Best of luck out there! We hope you enjoy the event.
Get to know the Shielded T-34
Реклама | Adv
WoT-News.Com