Дата: 19.01.2018 23:30:29
CabbageMechanic: Hey Tankers,We know that new maps for World of Tanks are a hot topic for many of you - so we are putting lots of effort into creating additional battle locations. Today we’re ready to show of some updates on some projects that will be reaching the Supertest Server soon.
The two prototypes are set in Asian settings: “Seaport” and an unnamed prototype formerly known as "Airport" (the Airport has been removed in the current version). Both names are subject to change(see below). We’ve introduced lots of changes to these maps, based on recent testing results—to improve the gameplay and to make fighting in these locations more fun.
The “Conditional Seaport” map has received lots of nice new perks—to make battle dynamics more smooth and allow you to shine while playing just any class: 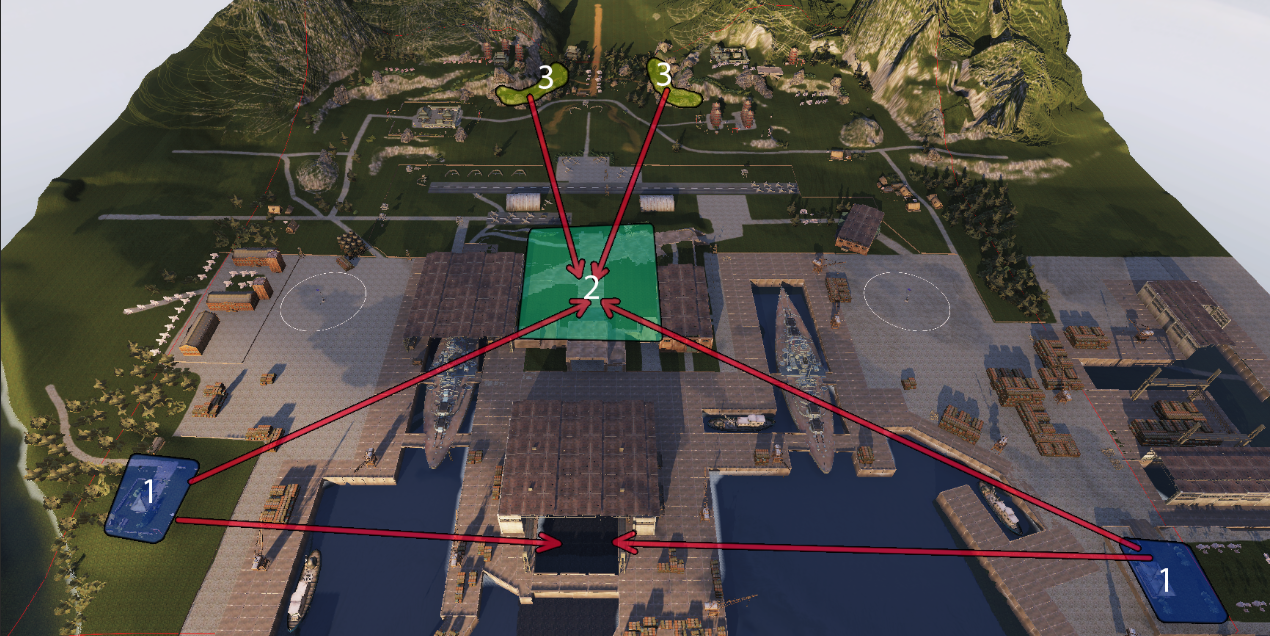 Some cozy positions for TD’s, letting these vehicles heavily impact the actions of enemy heavy tanks (Point 1 on the minimap). Reworked central part—now the sides are on even terms here. Improved “balconies” in the north—it’s now way easier to break through the other team’s defense.We’ve tinkered with the “Formerly known as Airport” map even more—to the degree there’s no reason to even call it “Airport" anymore: the airfield has been removed. We’ll come up with a new codename later, so let’s run through the changes made.Main action is to take place in the canyon behind the temple-topped range. It is a zone for well armored rides. They are supposed to push through the enemy line, using coverage provided by cliffs and rocks. At the beginning of the battle, light tanks and fast medium tanks may try their luck here and attempt to drive through the bridge to the temple hill. The temple hill is now a designated playground for light and medium tanks, well suited for making long and average distance shots. The success here will depend on good spotting.As the updated “Seaport” map, the ex-“Airport” map now offers lots of opportunities for any vehicle class. TD’s can efficiently prey on the opponents ‘lit up’ by teammates, and SPG’s are able to do decent damage with well-placed shots:

The Supertest will decide the ultimate fate of the “Seaport” and “Airport-Without-an-Airfield” maps, so make sure to follow the coverage by official sources. That’s not all—within several days we’ll update you with info on even more new maps.
Happy Tanking!
New Unnamed Map Prototype and Seaport Update
Реклама | Adv
WoT-News.Com