Double-Barreled Vehicles: A Twin Threat to Your Enemies

GetFoched, on 16 September 2019 - 03:23 PM, said: Why not give two aiming circles (one for each gun) instead of having the whole “left gun camera switching to the right one”  I mean, the player’s eye can do all the work and would also be able to judge whether one barrell may be obstructed by solid objects.

EDIT: I’m also assuming that with two guns these scenarios can occur: one gun is damaged while the other is intact/ both are damaged/ both are intact.

parim1331:  I think that you can find answers to some of your questions in this video:

parim1331:  The idea might've more or less worked with a small caliber projectile, but I'm not entirely sure if the sheer kinetic power wouldn't rip a curved barrel to pieces.

parim1331:  Works on prototypes such as the one presented, do not delay or interfere with our work that we're currently doing on other parts of the game.

Gruff_, on 16 September 2019 - 04:25 PM, said: Another silly gimick that has potential to further mess up balance and alienate existing tanks and players.  Double shot could be a game breaker, literally.

parim1331:  As it has been mentioned. The tank is a prototype for the sake of testing the mechanic. Iin my opinion, thinking about potential balancing and it's affect on the game's ecosystem is going too far into POTENTIAL future.

parim1331:  And we are. I can guarantee, that such projects are not affecting our progress with other areas of the development in any way. 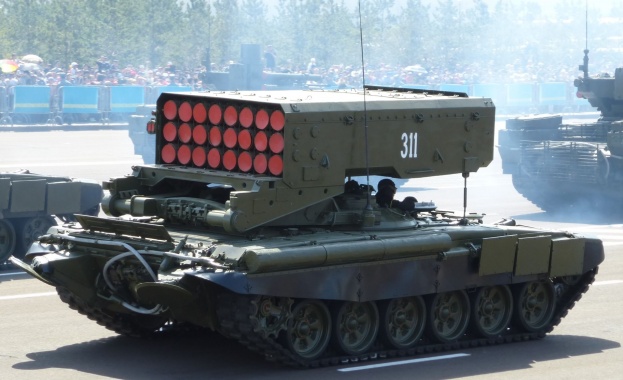 parim1331:  Thermobaric rockets are not that effective against armored targets, aren't they?
Double-Barreled Vehicles: A Twin Threat to Your Enemies
Реклама | Adv
WoT-News.Com