FireflyDivision, on 08 June 2011 - 07:31 PM, said: Does upgrading your tank affect matchmaking?
For example: will a Sherman without any upgrade be put into lower tier games than Shermans which are fully upgraded?
Thanks in advance.

Overlord: No, upgrades don't count. Only tier and type (class) do.

Dragoon_, on 08 June 2011 - 11:55 PM, said: Dear Overlord,
I would like to recruit female tankers for my Russian tanks. Any chance to see this included in the future?

XGoldX, on 09 June 2011 - 04:37 AM, said: Hello!
1. Do you plan to change any values in spgs, Rof, damage, splash radius, ACCURACY, HP in next patch or in future?
2. Do you plan to implement game modes without artillery?
3. Do you plan to change matchmaking rules for spgs? for example max 2 spgs on one side.
4. Do you plan to fix the splash damage from indirect hits? I can understand destroyed modules, tracks, gun with minimum damage from such shot but 1000 damage and no module/crew lost is unrealistic.
5. Do you plan to add tier 9 and 10 spgs in future to tank trees?
If yes please consider adding Adolfkanone as tier 9 with values: Rof 1,7, Damage 100,000, Splash radius 300m.
For tier 10 please add Schwerer Gustav: Rof: only one shot! Damage: instant death for everybody currently playing on any map in any tank on any w.o.t server.
Tank you!

Overlord: 1. In 6.5 and 6.6 - no, in future - quite possible.
2. No.
3. Not planning to introduce such restriction. Personally having played arty a fair number of battles, I dont see the point of that.
4. It does not reqiure a"fix".
5. Currently there are no such plans.

Overlord: No, they shouldn't be removed daily.

Brodan, on 09 June 2011 - 11:41 AM, said: yo Overlord,
My logitech g19 display flashes nice colors when the client runs, but when you gonna turn it into something more useful?

Overlord: Planning to do so in one of the upcoming updates. 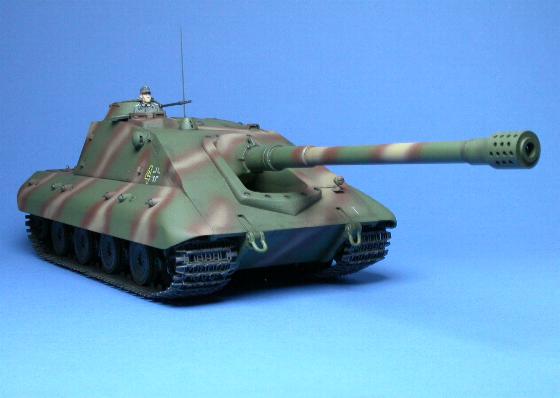 Can't give any ETA on Stug. As for the exact design, 3 options with different probabilities have already been posted earlier.
The design above is not going to be used.

Overlord: Map used for one of the two neighbouring provinces is chosen randomly.

Overlord: E100 has been modeled recently. It will get Maus and Krupp turrets to mount 12.8 and 15 cm guns respectively. This tank wont be a copy of Maus, apart from having very good armoring, it will be rather agile. Plus 15 cm shotgun is going to bring certain diversity.

Overlord: Each server has its own database, choose the one that suits you best and play on it.

Terrorsatan, on 09 June 2011 - 09:24 PM, said: I think hes reffering to the rather inaccurate gun of the E100. ( compared to the Maus snipergun )
Although there are "Shotgun" tank rounds for Anti infantery usage ^^ ( nowadays )