Sturmtiger_304, on 01 May 2011 - 10:35 PM, said: 1: When will it be possible for you to let the shells go trough objects on the tank without loosing any hit points? Objects like exaust pipes, side fenders like the KT has that does absolutly nothing and random metal things poking out of the tank's models that does nothing exept that it's a hitbox.
2: Any date for when it is comming a patch to fix the mantles? As they're not doing what they are supposed to do at the moment.

Overlord: 1. Most of side objects don't belong to vehicle hit boxes. Client side cratches are not 100% accurate.
2. In the upcoming patch.

Overlord: Pershing will see several other adjustments when he is moved to tier 8.

Haineko, on 01 May 2011 - 03:56 PM, said: I just noticed that the M18 90mm has been removed on the new revised tech trees. Why is that, and also, will we still get the 90mm as an upgrade for the M18?
Do shot traps, such as those generated by the Panther Ausf G turret and King Tiger turret, work in game, or are they ignored?

Overlord: 1. Yes, it will be one vehicle with an upgrade.
2. They do not work.

HrD, on 01 May 2011 - 04:22 PM, said: I have a few questions regarding tank modelling :
Which tanks, not yet released in a patch, have already been modelled ? which ones are currently modelled ? and finally, which ones will be next ? (not asking which nation tech tree comes next)
Detailed answer is more than welcome

Gaz550, on 01 May 2011 - 07:40 PM, said: What is the deal with multi-threaded support? You have mentioned that there is issue with the game engine. But what exactly is going on since big world developers have been boasting since early 2009 that there is multi-threaded client available? 2 years has passed and no multi-threading. Is it still far away or has they abandoned the development? Or has it something to do with how world of tanks uses the client/engine?

Overlord: All I can say is that BW engine itself still does not have multi-thread support. Unfortunately.

MrCaffeLatte, on 01 May 2011 - 09:16 PM, said: Looking forward very much to the new TDs on the released tech trees (thanks WG) but I have some worries. I hope I'm not repeating questions - I searched the topic and I didn't really see anything but perhaps I just didn't look hard enough:
Do 'ghost shells' exist? By which I mean shells which are shot while the aiming reticle is fully on the target and yet still manage to miss, with no impact graphics on a building/rock behind the target or on the ground near the target. While using the BL10 I encounter this on occasion, but I was wondering if this has been accepted as a 'bug' or 'problem' by the developers? I can imagine it being rather aggravating as more tanks with slower RoFs are released because it is painful having to wait another 20+s to try shooting again.
On a similar note, I also find myself doing 0 damage track shots when the tracks of a tank are not even visible and I am aiming at a completely different part of the tank.
Are these perhaps lag/ping related? I have rounds where I encounter none of these and others where a significant amount of my shots fall into one of these two categories.
Also, are there plans to limit the numbers of TDs per round, or at least have a more reasonable split between teams, as sometimes I see teams with 5 higher tier TDs and the other team has 1 or 2 low-tier ones.
Apologies if this has been asked/answered before.

Overlord: This is pretty much pings/lag dependent. High pings mean bigger delay in data transmission, ie larger discrepancy between client-side and server-side reticles, thus your shell can actually go not where you were aiming in the first place.
No limitations are planned. This applies to all classes.

Terminator210, on 30 April 2011 - 07:02 PM, said: Question about the StuG E-100
Which design would be choosen?
The design similar to the Jagdpanther (partial casemate), or the one close to the Hetzer (full casemate)? 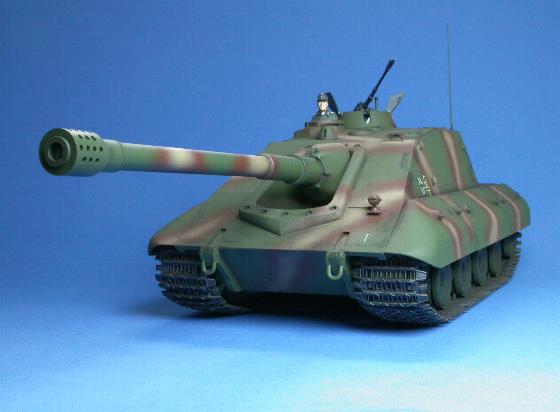 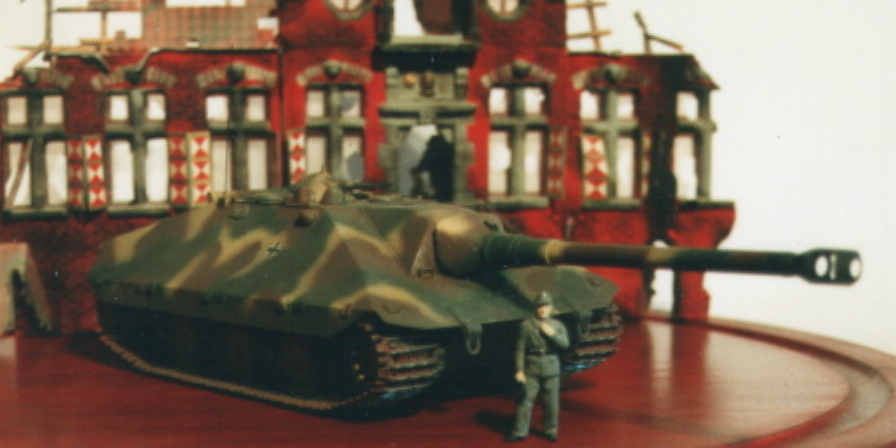 The full casemate would offer several advantages. 1. lower profile, 2. better use of the inner space, 3. better sloping of the side and rear armour and 4. less weight, because the vehicle dimensions could stay smaller. The germans knew this too and so they would have chosen the advantageous design (in my opinion ...).
Which armament would it have?
150mm KwK?
175mm KwK?
Another question, why the Jagdpanther II is positioned in front of the JT? Isnt the JP II based on the E-50? It would make more sense if its positioned in front of the StuG E-100 in my opinion.

Overlord: Most likely the first one.
150mm KwK is more credible.

bfheroes89, on 01 May 2011 - 09:55 PM, said: Overlord I repeat my question, will the E100 look like the one on the attached picture? If you have no permission to give such information just please write it down

I'm grinding german heavies just for this baby and really looking forward for confirmation. It simply is beautiful

Overlord: The chassis seems to be correct, but this turret won't be available. It will have Maus and Krupp turrets.
See - http://world-of-tank...om/1490231.html

MrCaffeLatte, on 01 May 2011 - 10:04 PM, said: Thanks for the swift reply to my previous question.
I think I'm safe in saying, on behalf of the WoT community that enjoy playing (German) tanks, and just enjoy variety:
I beg you to implement a 175mm KwK for the E100 Stug. It would be an awesome tool for the team and just a great weapon to use if balanced correctly (not to mention it would provide the ideal counterpoint to the Jagdtiger's faster firing 128). I think this would help convey the somewhat eccentric tank designs by the Germans in WW2. It would be the epitomy of 'Tank Destroyer'. Plus, who doesn't like firing a bloody massive gun?

Onto my question:
Are there any plans to allow players to choose where to spawn on multi-spawn maps (e.g. Westfield)?

Overlord: Internal testing will show, however both are likely to keep those guns.

Sturmtiger_304, on 01 May 2011 - 10:35 PM, said: 1: When will it be possible for you to let the shells go trough objects on the tank without loosing any hit points? Objects like exaust pipes, side fenders like the KT has that does absolutly nothing and random metal things poking out of the tank's models that does nothing exept that it's a hitbox.
2: Any date for when it is comming a patch to fix the mantles? As they're not doing what they are supposed to do at the moment.

Overlord: 1. Most of side objects don't belong to vehicle hit boxes. Client side cratches are not 100% accurate.
2. In the upcoming patch.

seemore, on 01 May 2011 - 10:36 PM, said: in regards to this
1. will the T34 have a specific module setup or will it get whatever you had teched when it goes premium?
2. will it be possible to get it by gold afterwards (the revised techtrees didnt show it as a premium) or will it only be atainable by having it teched before you change it?

Overlord: 1. It will have a specific module setup.
2. It will be treated as "regular" premium tank.