PlasticGangsta, on 09 April 2021 - 04:41 PM, said: You people get right up my nose!!!! I just swapped all my Czech blueprints for crew members cos I had no idea this was coming... could you n ot have announced this before the great blueprint sale????

Dwigt: The CZ Heavies were announced in December 2020 during the Stream of the Year and were also mentioned several times in the blueprint exchange thread.

Kessu, on 09 April 2021 - 06:52 PM, said: Aand still not a singe reply for that topic... Is it still called a consept when you already had date to set when that new rubicon goes in common test ?

Dwigt: It's still a concept, there is still no date or final decision for all of those changes

We will let you know once we have any updates.

gunslingerXXX, on 09 April 2021 - 07:10 PM, said: Not sure about the gun options though. This means that when facing those tanks you are not sure if you face and autoloader or not. (Unless of course close range and you can distinguish between both guns).

Dwigt: From the video, I guess the muzzle on the end of a barrel will look differently. 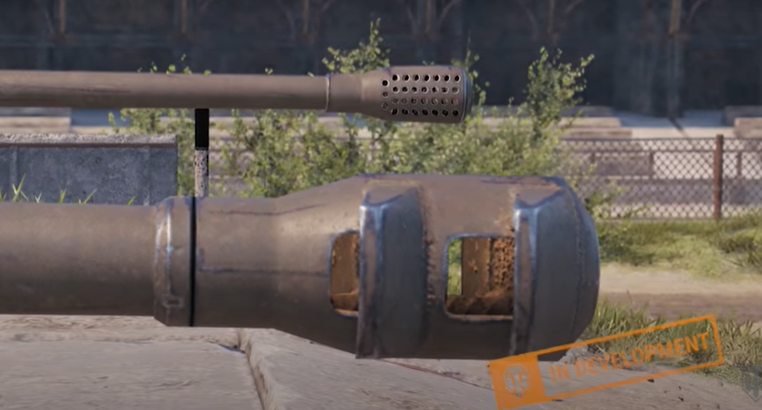 Dwigt: The CZ Heavy line starts with the TIer VII Vz.44-1. We don't know how much credits and XP it will cost but we'll make sure to share it with you once we have it

DargorDraconis, on 10 April 2021 - 06:47 PM, said: "we can't make rinoceronte a good tank because we don't want to relase a op tank"
meanwhile the next line is just better at anything.

Dwigt: Why do you think so?

Shrewd_Ape_In_The_Mist, on 10 April 2021 - 07:32 PM, said: Ah it's good to be unbanned again. Getting to the point...   Wot doesn't need anymore tanks with clips. It's already filled with them and if you'll keep it up soon nothing else will be played.  They shouldn't have made it into the game to begin with besides wheelies and clickers. Why are you even sticking out your greedy hands to make new tanks if the current ones are unbalanced and so is the game? To blow the things out of the proportion even more?

Dwigt: Welcome back!Autoloaders are not easy to master and are not always better than normal/cyclical guns.Plus you get to keep the same DPM on both guns so it will be a matter of personal choice.And I don't think adding more content to a game is qualified as greed

Dwigt: The info will be available once the new tanks will be added to the Supertest.

Cobra6, on 12 April 2021 - 02:23 PM, said:   But they do, because you are trying to attract new players and keep existing players more "engaged" by adding new content like this tech tree while the actual underlying cause which is causing most players to leave in the first place is not addressed. There is just more "stuff" being added on top further unbalancing the tower.   Gameplay quality has deteriorated massively over the past 5 years, not only are matches sped up because of it (which is bad in itself but lets leave that aside for now) but also there is a huge difference between the "old" style WoT tanks and the 1/2-1/3 of "new" style WoT tanks. The new tanks just simply wipe the floor with most old tanks in this game which is further upset by WG insisting on pigeonholing tanks (indirectly) into roles. This caused the well know armor inflation in this game among others and also the more linear and defined design of maps with specific areas for specific tanks.   Adding new content *might* seem important but the root cause of the problem is not addressed and in fact only exasperated by adding more stuff on top while the foundation is still flawed.   Step back, look at this game from the ground up and start fixing the foundation before you start to mess with the roofing.

Dwigt: I get your point and you're right, the game (just like any other game/product) has to attract new players and retain the current ones.Why do you think there's a huge difference between old and new tanks? And why do you think having (indirect) roles and specific positions on maps is bad for the game? You're not forced to pick your role like in other games and you're free to play your tank the way you enjoy it but at the end of the day most of the heavies will end up on the fronlines, mediums will supporting and flanking and so on..
The last added tech tree lines, Russian double barrel line, Polish mediums, Italian heavies are not OP and did not change the game. The introduced new gameplay and more diversity to the game that old players might be interested in.We need to make sure that the new content we're introducing is not breaking the game (that's why we have the test servers) and that it's interesting.
Developer Diaries: Czechoslovakian Heavy Tanks
Реклама | Adv
WoT-News.Com